America is home to millions of aging baby boomers and more people with health insurance than ever before. That has helped push one profession in particular into the limelight. The physician assistant. Physician assistants practice medicine as one of three recognized types of healthcare providers along with nurse practitioners and physicians. The profession is repeatedly named among the highest demand professions in America by major news sources, including USA Today and Forbes.com. And the PA profession has the highest growth and wage prospects out of all high-skill occupations expected to grow at least five percent by 2017, according to the article in USA Today. As UW-La Crosse’s Physician Assistant program celebrates the 20th anniversary of its first graduating class in 1997, it continues to grow to meet demand in Wisconsin and elsewhere. About 90 percent of program graduates stay within the tri-state area — Wisconsin, Minnesota and Iowa — to practice medicine. Key to the success of the program, says Sandra Sieck, UWL’s PA program director, is the partner healthcare institutions that helped launch the program in 1995: Gundersen Medical Foundation of La Crosse and the Mayo Clinic School of Health Science of Rochester, Minnesota. “UWL’s partnership with two of the nation’s premier integrated health systems — Gundersen and Mayo — has attracted high quality students with the academic background, interpersonal skills and maturity necessary to become outstanding physician assistants,” she says. [caption id="attachment_50118" align="aligncenter" width="685"] 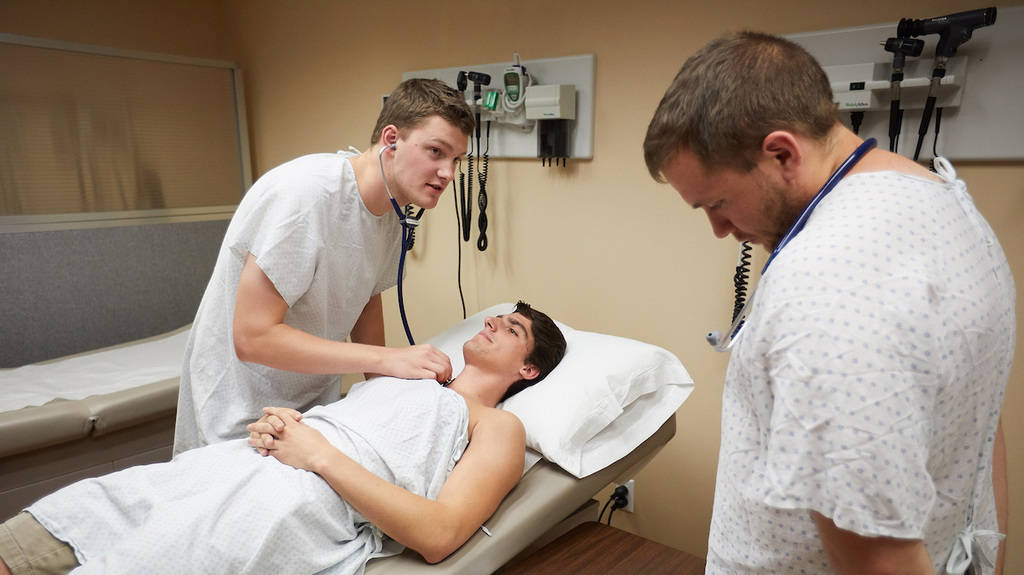 The PA program mission is to educate competent and compassionate physician assistants. Program graduates have had a 100 percent pass rate on the Physician Assistant National Certifying exam for the past nine years. And all UWL graduates who seek employment after graduation are employed as PAs.[/caption] Students are exposed to the expertise of dedicated academic and clinical instructors from each partner institution, she adds. Among those instructors is a 1997 alum of the program, Physician Assistant Andrew Horstman who says the PA Program helped him to build a good foundation of knowledge and skills. Horstman agrees with Sieck that excellence of partner institutions is a major strength of the program. Today he practices at one of those institutions in Interventional Radiology at Gundersen Health System. “UWL and the clinical partners are all dedicated to the success of the students,” he says. "That partnership and the mission-driven focus of the program is unique and sets this program apart from others.” Looking back, he is happy he chose this path to becoming a PA, a profession he calls both challenging and rewarding. “One of the exciting aspects of the PA profession is that as healthcare changes, we continuously evolve to meet the needs of our patients. Sometimes that means creating new opportunities in areas that PAs have not traditionally worked in. Sometimes it might be adding new skills or duties to our current practice,” he says. “Ultimately, I think most PAs tend to be ‘problem solvers’ and get their satisfaction from knowing that they are providing good care to those who need it.” Growth of the PA program Over the years, UWL’s program has expanded its academic offerings and its geographical reach. In 2004, the program became a Master of Science in Physician Assistant Studies program. Over the years, regions served by partner institutions has expanded to include central and western Wisconsin, eastern Minnesota and Iowa. And in August 2017, Marshfield Clinic joined the programmatic partnership, providing additional sites for student clinical rotations. [caption id="attachment_50119" align="aligncenter" width="685"] 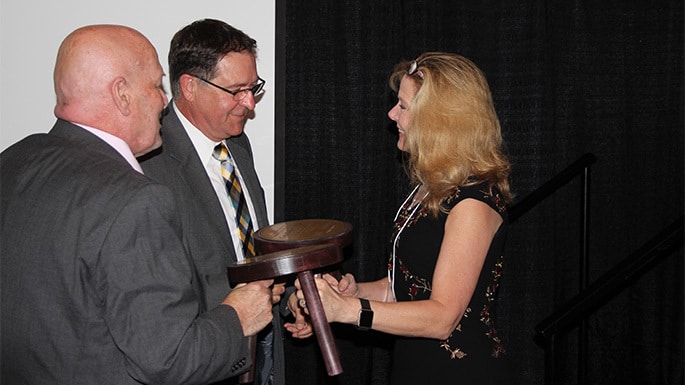 From left, Bob Adams, OPA-C from Mayo Health System, and Gene Roberts, PA-C from Gundersen Health System, were recognized for their service to the PA program during the program’s 20th anniversary celebration in October. As “founding fathers” of the program, they've been involved since its inception, having served on the PA Administrative Committee and as clinical education coordinators at their respective institutions for more than 23 years, says Sieck. Every year at interviews and graduation, they refer to the tri-partnership as a "three-legged milk stool.” Without any one of the partners (UWL, Gundersen, or Mayo), the program would topple like a three-legged milk stool. With Marshfield on board, the program will now be a four-legged chair of sorts, notes Sieck. Alumni from the classes of 1997-2017 and faculty in the UWL-Gundersen-Mayo Physician Assistant Program celebrated the 20th Anniversary of the program Saturday, Oct. 7.[/caption] “The expansion is in response to the increasing need of healthcare professionals in the regions served by our clinical partner institutions,” says Sieck. “By educating more PAs, the program hopes to help meet that need.” The PA program’s inaugural class had 10 students graduating with a bachelor’s degree in PA studies in 1997. Since then, the program has continued to grow with 31 students expected to graduate from the class of 2022.