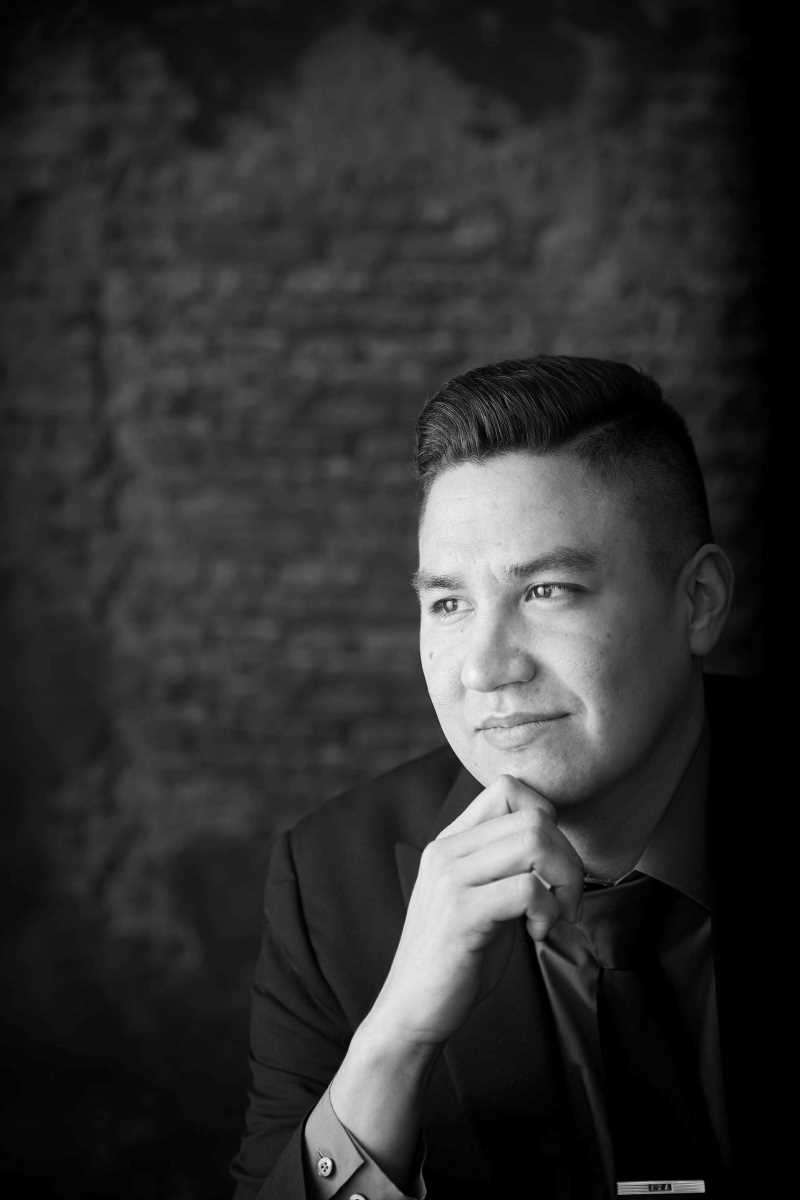 A story by the
University of Wisconsin-La Crosse

His past struggles in the rearview mirror,
Ryan Crain, '18, looks ahead to his dreams

Ryan Crain's mother didn't sugarcoat anything. When she had no food on the table, she told him why. When Ryan's dad went to prison, she shared what he had done.

Sometimes Ryan's mother told him things that were hard to hear. But she also told him that he could do anything.

"She told me that the greatest thing she gave me was her blood — my heritage being Ho Chunk. It is unique," he says. "… she wanted me to live my dreams." 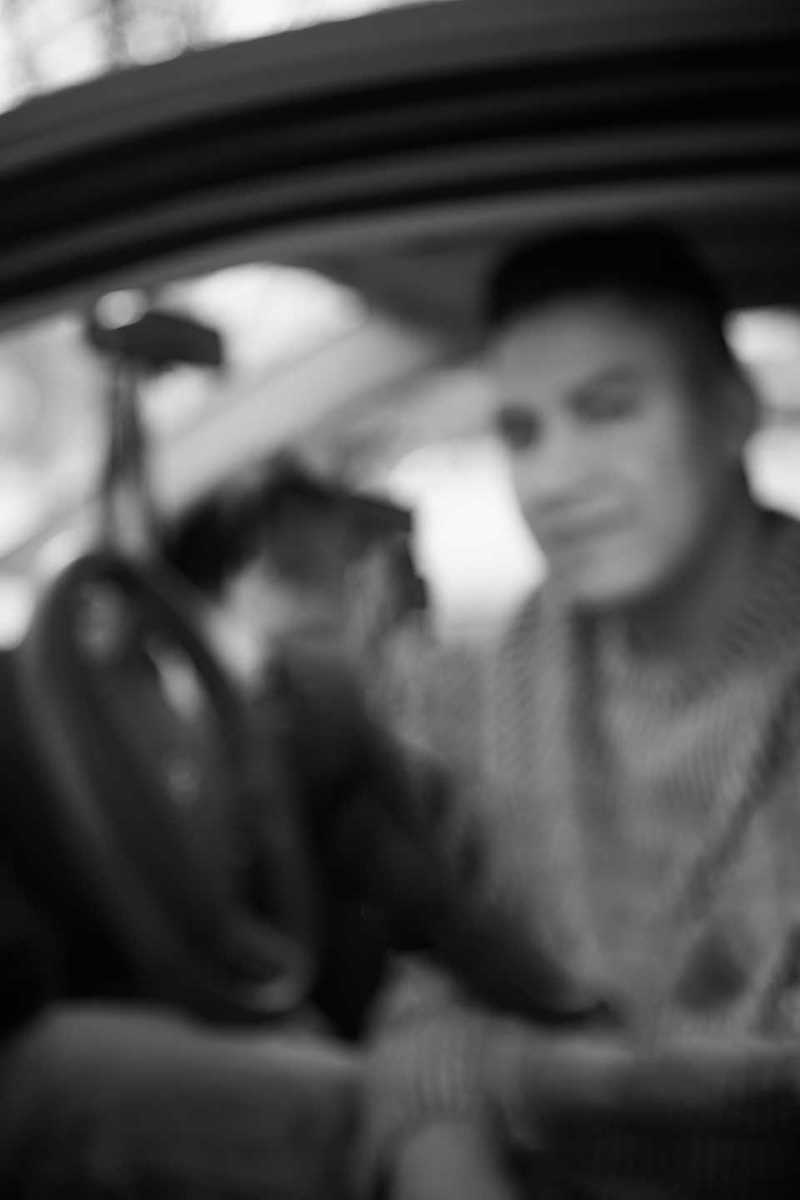 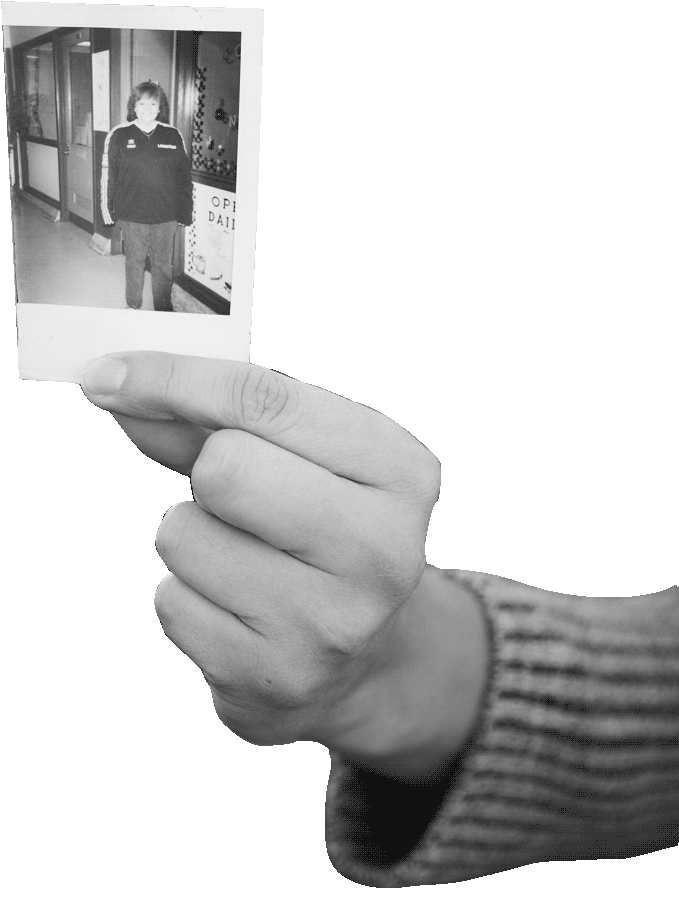 Ryan's mother died when he was 21. Her picture is propped up next to the odometer in his 2007 Dodge Caliber, tracking the miles along with him. Ryan is only 33 years old, but he has a long road behind him.

He grew up living in and out of foster care because of the instability, alcohol abuse and fighting at home. His memories of his father are vague phone calls to prisons in Appleton and Green Bay. Only one foster parent, a Native American named Joe Buck, truly connected with him. He taught Ryan about sweat lodges and his Ho Chunk ancestry.

His teenage years and young adulthood were no easier. He lost his parents to cancer and had facial reconstructive surgery twice after a brutal beating from a stranger.

Despite all of this, Ryan is finishing his bachelor's degree in management from UWL, with plans to graduate in May. He says his mother would be proud because he is living his dreams.

Running away from home

Ryan felt anxious living in and out of foster care and never knowing who would take care of him next. At age 11, he decided to run away and live with his older brother, Chris, who was still a teenager.

Ryan was in middle school at the time, and the two would need to live on Chris' minimum wage job. Ryan had been wearing the same faded, black pair of jeans to school every day. Other kids would tease him and they would fight. 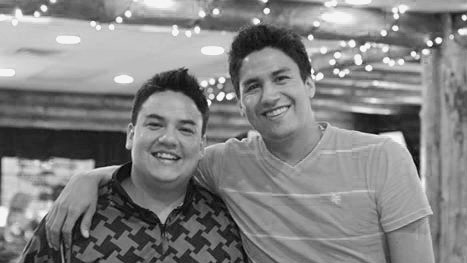 Ryan Crain with his older brother, Chris, left. Ryan says Chris showed him the importance of dedication and hard work.

At night Ryan woke up from dreams of himself walking the halls of his school. He would see lockers filled with clothing, but the minute he'd try to grab a shirt or pair of pants, the locker door would slam shut. Chris told him the dream meant that he wanted new clothes. So, his older brother took him shopping, and bought him his first pair of new jeans.

Ryan says his brother gave him a lot of things. Many have lasted longer than jeans.

On the first day home alone after moving in with his brother, all Chris asked Ryan to do was wash the dishes and sweep the kitchen floor while he was gone. Ryan sped through the chores the minute his brother left. Then, he sat down and played video games the rest of the day. When his brother got home, he went into the kitchen with broom in hand. Chris moved the oven and the refrigerator, thoroughly sweeping every nook and cranny. He showed the large pile of dirt to Ryan.

Ryan watched Chris succeed in his jobs because of his dedication. He instilled in his younger brother that the work someone does is representative of who they are.

"I always wanted him to do things the right way, be responsible and not lazy," says Chris. "It really stuck with the kid." 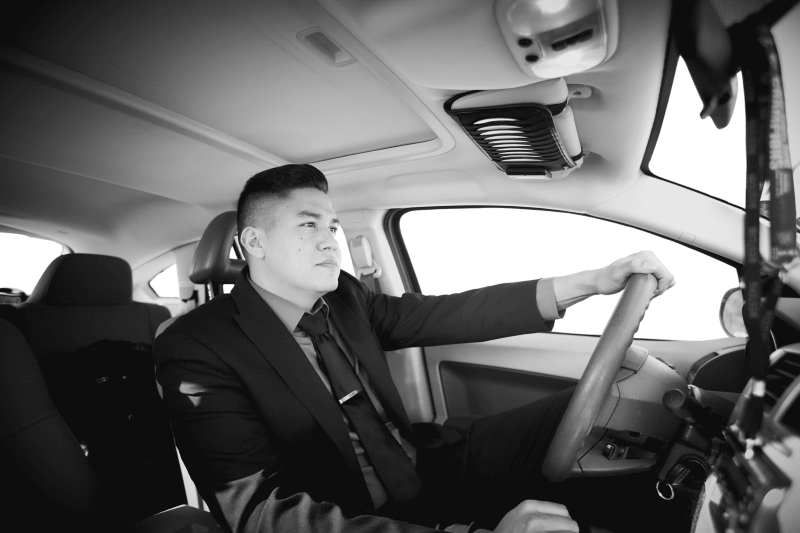 Ryan says life was relatively good living with his brother. "We were away from every problem we had before," he says.

That was true — for awhile.

Ryan eventually moved into his own home and he remembers the early morning hours of Feb. 2, 2006. A man arrived at the door of his Wisconsin Dells home and slammed a metal object into his head — possibly a crowbar. It was later revealed the man was from a fight Ryan had broken up in downtown Wisconsin Dells several months earlier.

The first note in the surgeon's book was that he could see Ryan's brain through the roof of his mouth, which had completely caved in. Much of his face was broken — his jaw, nasal cavity, eye sockets, and his right cheek bone.

"I remember looking at my face and crying"

After the first round of surgery, Ryan woke up in intensive care at the St. Clare Hospital in Baraboo to the sound of a morphine drip and extreme pain all over his face. He asked his brother, Chris, to grab a mirror.

"I remember looking at my face and crying," he says.

His head had swelled to the size of a pumpkin. His eyes were black and blue and his nose was attached with stitches.

Doctor Steven Anderson walked in telling Ryan what an amazing job he had done. "I was not having it at the time," recalls Ryan. "I thought I would look like a monster forever." 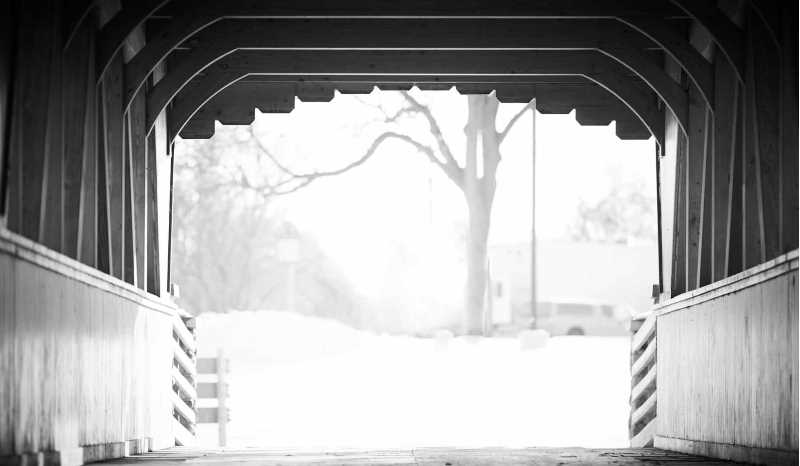 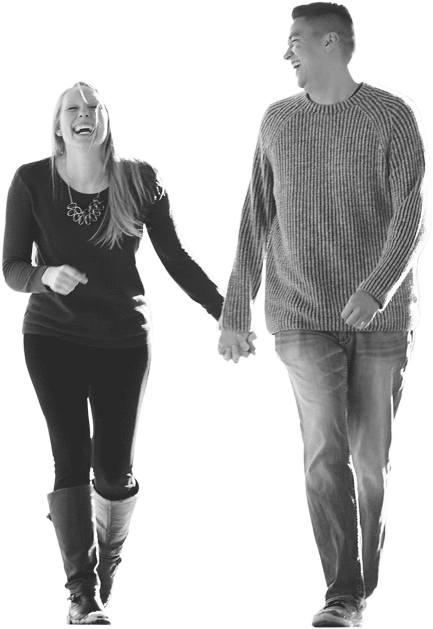 Ryan Crain and his wife walking under canopy

Ryan Crain with his fiancée, UWL alumna Cassidee Fosterling, ’13. "I’ve never been with someone who challenged me or inspired me like she has," says Ryan.

In his late 20s, Ryan was recovering well and working multiple jobs in Wisconsin Dells to pay his medical bills. He noticed that he was always asked to take on more responsibilities, yet he was never offered a management position. He dreamed of being a leader, but he knew the only way to do it was to go to college.

About that same time, Ryan met Cassidee Fosterling. They were both servers at a Wisconsin Dells restaurant. Fosterling had known that she wanted to be a teacher since the third grade, and she was finishing her student teaching at UWL.

The two started dating and Ryan watched her graduate from UWL in December 2013. Soon after, she landed a position as a full-time teacher. Ryan had other friends who graduated from UWL and landed great jobs. But seeing Fosterling do it was different.

"I was never inspired enough to go out and capture my dreams until I started dating her," says Ryan. "I knew if I was to marry this great woman, I would need to provide and be an equal." 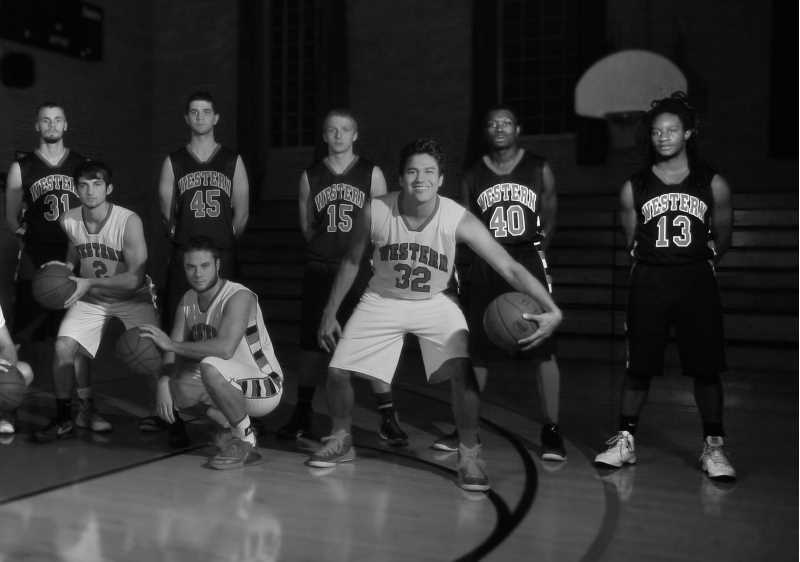 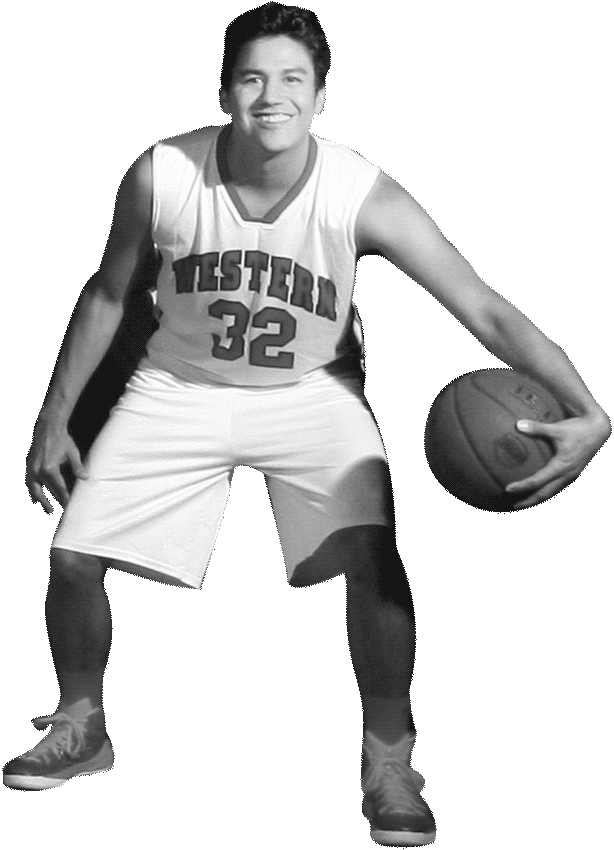 Ryan Crain with members of Western Technical College's basketball team. He became captain of the team and earned a 4.0 at Western. He then transferred to UWL.

In fall 2014, an admissions officer at UWL set Ryan's transcripts out on the table in front of him. His high school record wasn't great, and he had earned an F in a class at UW-Baraboo about a decade before because he hadn't finished it. His academics were not strong enough to be accepted to UWL.

Ryan left the meeting to drive to work at The Waterfront. 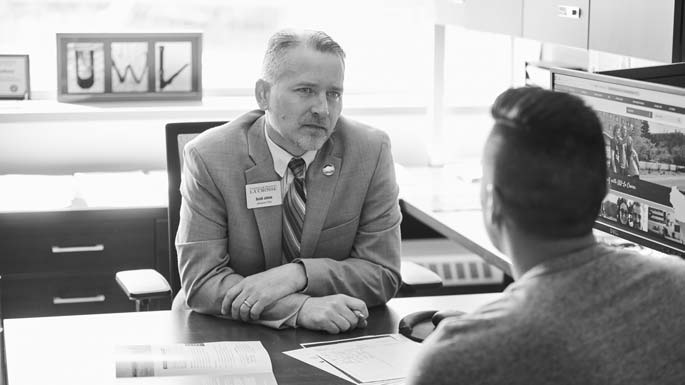 "I was upset with myself. I yelled something in the car. I shed a tear," he says. "I didn't tell anyone that I hadn't gotten accepted."

But Ryan got an email from that same admissions officer not long after.

"I don't reach out to every student we deny admission to," says Scott Johns, UWL assistant director of admissions. While Ryan didn't meet the academic requirements for UWL, in their short meeting, Johns says he developed an instant rapport with him.

Ryan had a certain energizing quality that was impressive and made Johns think he'd be a good fit for UWL. "If you've taken StrengthsFinder, I think he would be described as a ‘Woo' [winning others over] … He has a certain woo about him. He is a really likeable guy. I remember wanting to help," recalls Johns.

Johns met with Ryan again and helped him lay out a plan to go to Western Technical College and transfer in to UWL. That's exactly what Ryan did — and then some. He became captain of Western's basketball team and joined a volunteer society for student athletes. And he earned three semesters of a 4.0.

"He knocked it out of the park," says Johns. 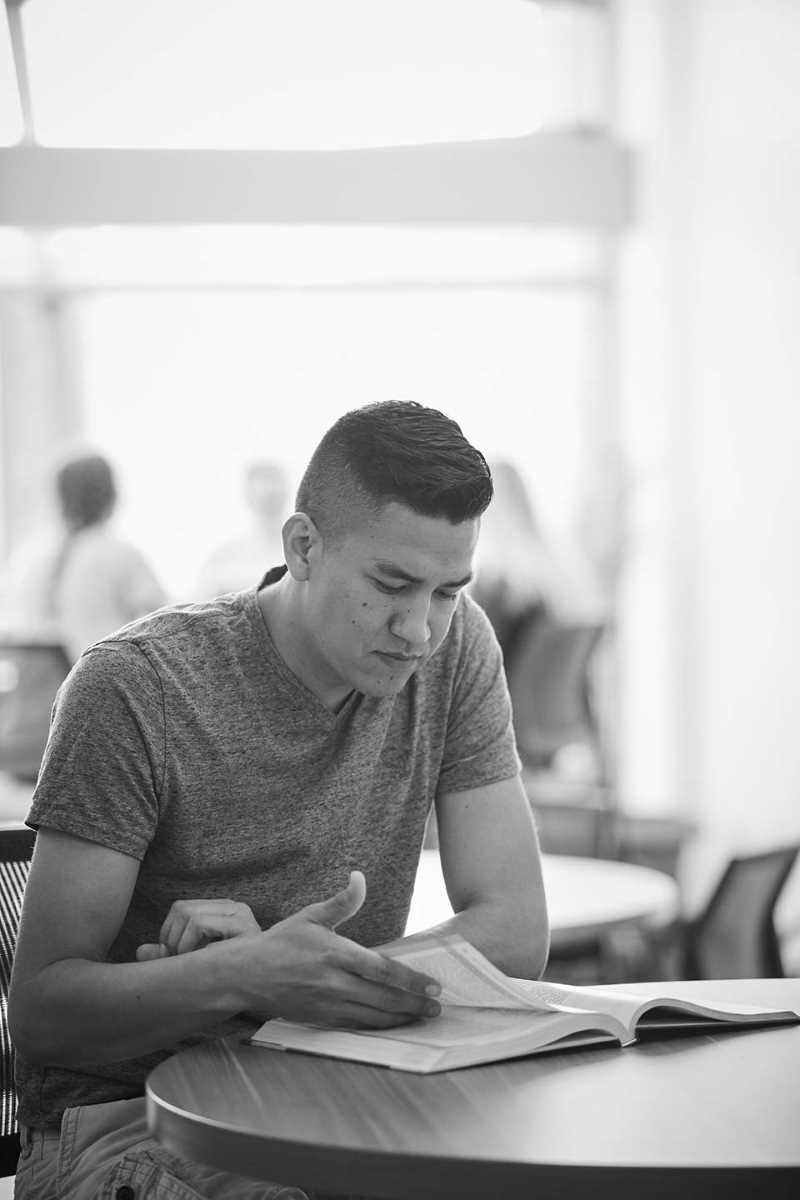 Seeing success in the mirror

When the time came, the transition to UWL was more challenging.

Some of Ryan's classes, like applied calculus, meant extra studying to learn concepts he had not mastered. That first semester, he spent every day in faculty office hours, and felt overwhelmed. But, as the semesters rolled on, he learned the importance of finding balance. He cut his hours at The Waterfront and prioritized balancing his life, including making time to have regular dinners with Fosterling. He learned the benefits of meeting with his academic advisor, connecting with professors and working with management tutors.

"Once I realized the professors at UWL — like at Western — were willing to help me, that helped me make the transition," he says.

At UWL he also became a founding member and president of an honors fraternity, Lambda Chi Alpha, dedicated to community service. He took an internship with the Ho Chunk Nation.

His grades have steadily improved, landing him on the Dean's List in fall 2017.

"Before I applied to UWL, I said out loud in the mirror, ‘I am going to graduate from UWL and do so with honors," he says. "I'm days away from that coming true."

Today Ryan, a business management major, looks forward to the next step. He interviewed with companies in management, financial advising and other business positions. He received multiple job offers and accepted a position as a financial advisor with Northwestern Mutual. He is genuinely excited to help others and to lead.

Chris says Ryan no longer needs the extra push he did as a kid.

"When he decided to go back to school, he did it full force," says Chris. "I tell him I'm so proud of him. Every time I see him, it brings a smile to my face."

Fosterling thinks about Ryan's success in relation to the many youngsters she sees in school ever day.

"Thinking about the kind of lives students can have, and watching him overcoming those things — It's a success story I hope for all of my students who have those rough points." 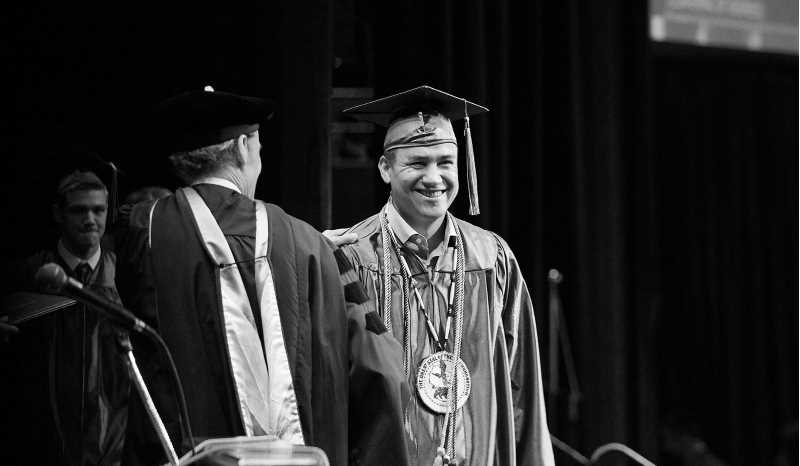