Antler and antler points Antler were being used by the Oneota as raw material for tools. This piece has had the tips of the tines removed to make into arrowpoints. Antler projectile points are one example of expertly crafted tools made from animal remains. The points typically have a smoothed outer surface and a hollowed-out socket at the base for affixing them to a shaft. Deer and elk antlers used to make the points would have come from animals hunted for food, and from naturally shed antlers. The antler pictured was recovered at the Pammel Creek site (located south of La Crosse, Wisconsin) and the antler tine projectile points were found at Oneota sites in the La Crosse area. 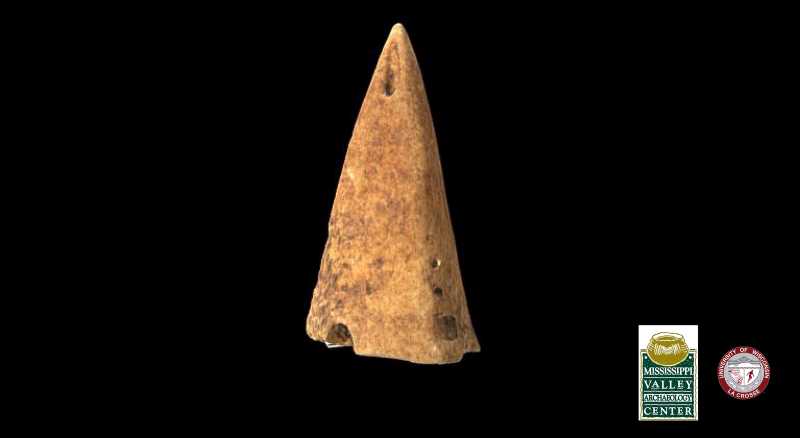