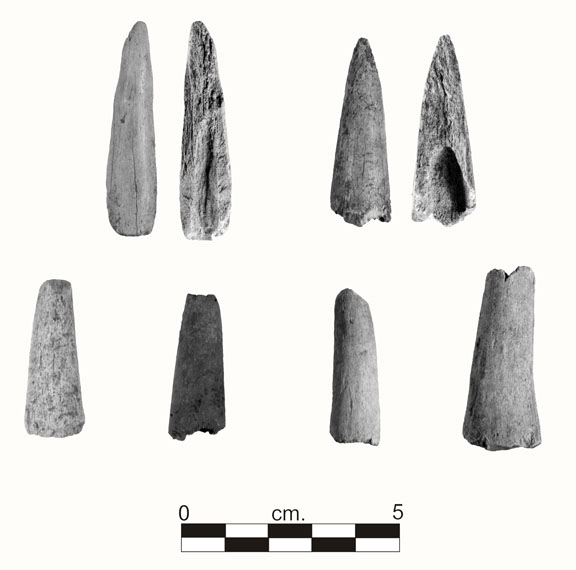 Antler Points Antler projectile points found at Oneota sites are one example of expertly crafted tools made from animal remains. The points typically have a smoothed outer surface and a hollowed-out socket at the base for affixing them to a shaft. Two of these points were found split in half, with their hollow bases exposed in cross section. Deer and elk antlers used to make the points would have come from animals hunted for food, and from naturally shed antlers. These antler projectile points were found at an Oneota site in the La Crosse area.