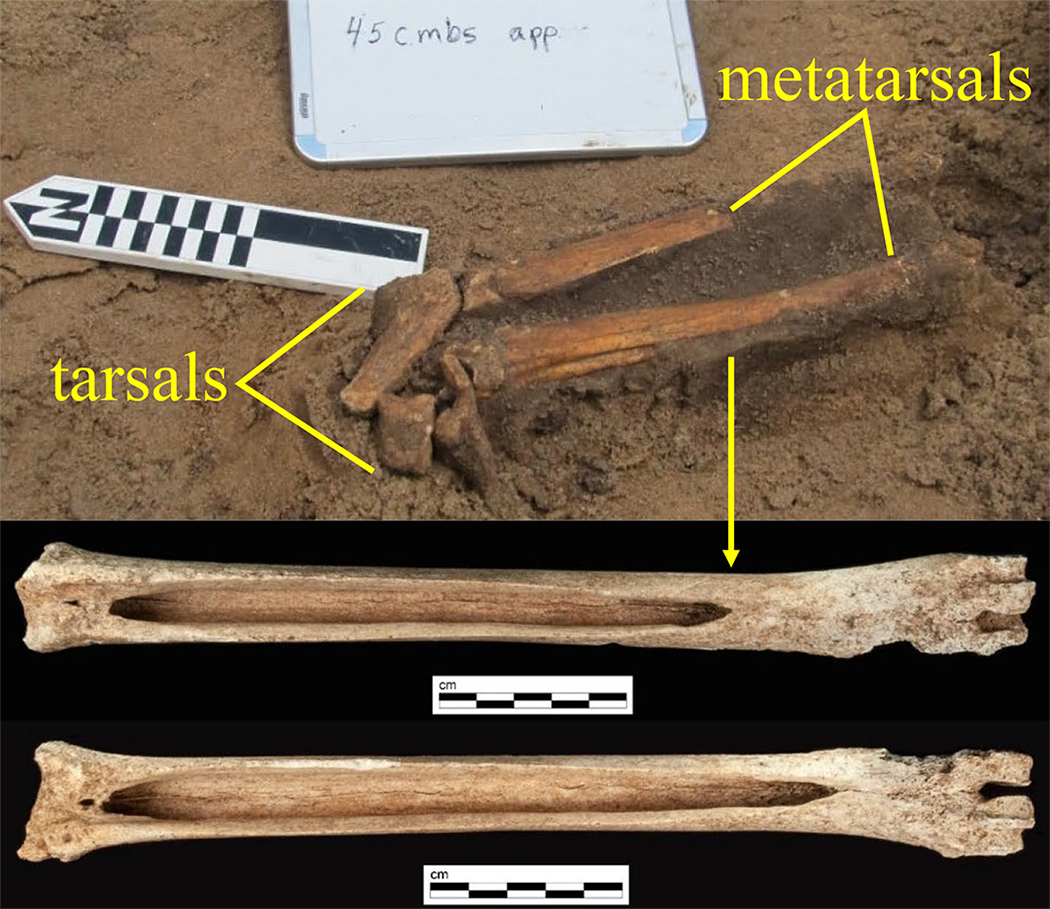 Deer Bone Beamers This pair of beamers made from deer bone was found at the base of a feature at a late precontact Oneota site in downtown Onalaska, Wisconsin, in 2012. They were made from left and right metatarsals (back foot bones). As beamers, they would have been used similarly to a draw knife, with the long middle section of the back of each bone acting as a scraping tool, perhaps on hides. Articulated tarsal (hock or ankle) bones uncovered with the metatarsals might have served as “handles,” with tendons or hide still attached. Both metatarsals were modified on the back side, and their inside edges have an upside-down V shape, with some lengthwise striations from smoothing. Light polish is present on most of the outside and the modified edges, and parts of the surface are slightly eroded. The left metatarsal (top lab photo) has cut marks in three spots at either end; the right one (bottom lab photo) does not. Beamers such as these are uncommon at La Crosse Oneota sites and are an intriguing topic for future studies.