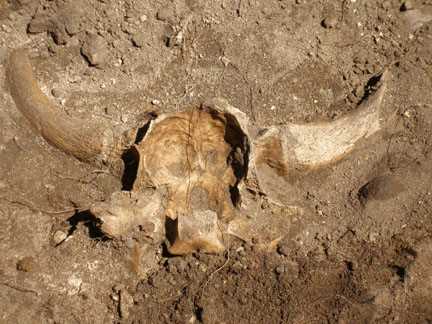 A range of meat cuts are represented. Swine bones associated with hock, pigs’ feet, and souse are most common; ham, ribs, and loin/leg portions, which are moderate- to high-value cuts, are also represented. Beef cuts indicate both high- and low-value portions including ribs, sirloin, round steak, chuck, and front/hindshank. A number of the beef and pork bones have cut marks from a finely toothed saw, suggesting that they were purchased meats with professionally butchered cuts.