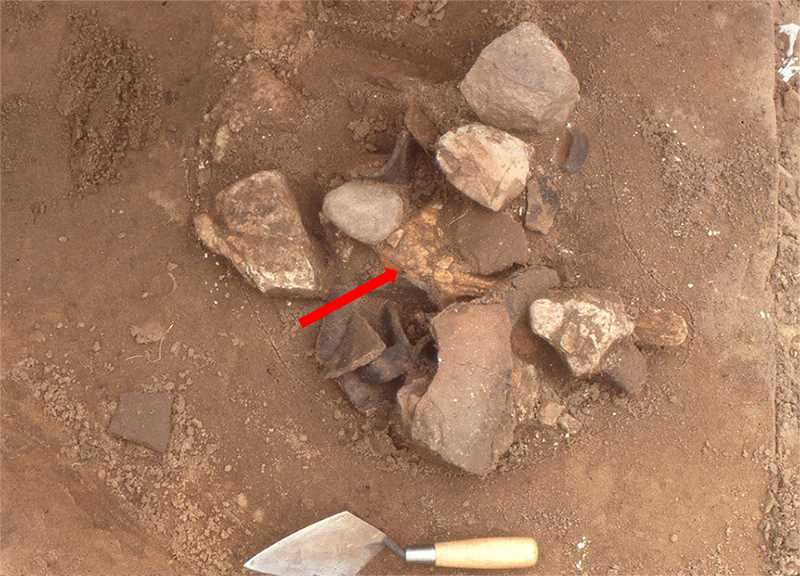 Feature excavation In 1987, UW-La Crosse archaeology students working at the OT site (47LC262) in La Crosse County found a dog skull in this refuse-filled pit feature (Feature 3). The skull (center of photo) was surrounded and partially overlain by Oneota pottery sherds and burned rocks. Dogs were important in Indigenous societies and served many functions, including acting as intruder alarms, consuming organic waste, carrying burdens, and being consumed under certain circumstances. Dog remains have been found at a number of late precontact Oneota sites in the La Crosse area.