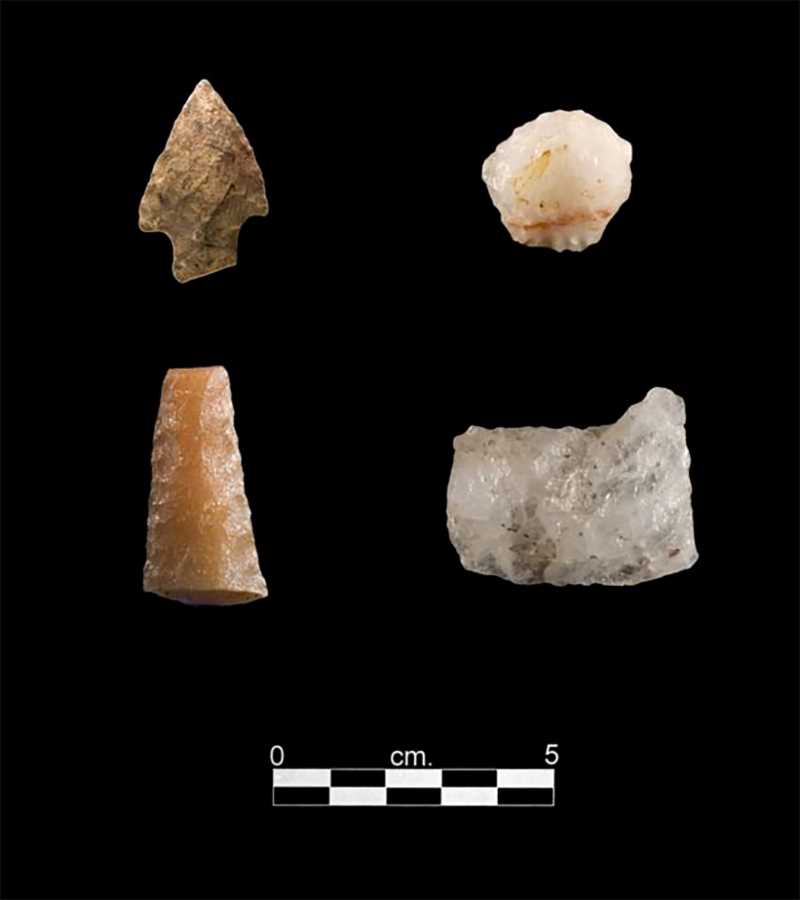 Lithic Scatter Phase I and II archaeological investigations in Rusk County, Wisconsin in 2007 identified a large lithic scatter. Diagnostic artifacts include an Agate Basin silicified sandstone blade turned into a drill, and a Steuben or Durst related point made of an unknown chert. The Agate Basin blade turned into drill (lower left) is broken at both ends. Although Agate Basin points are diagnostic of the Late Paleoindian time period, it is possible that this blade was found by later prehistoric people and turned into a drill. The Durst or Steuben related point (upper left) is related to the Late Archaic or Late Middle Woodland, respectively. A bifacially worked endscraper and a thumbnail scraper, both made from quartz (right), were also recovered.