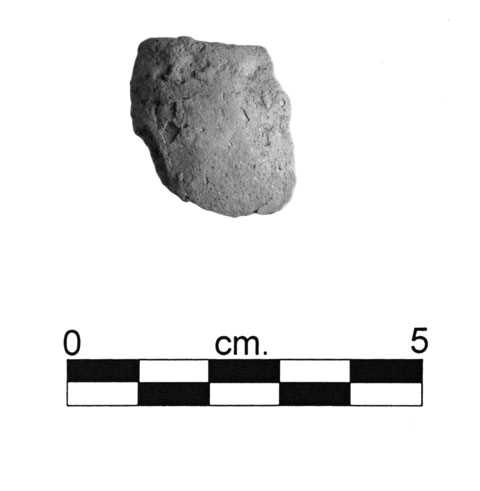 Mini pot This miniature vessel portion was found in the early 2000s at the Sanford Archaeological District in La Crosse, Wisconsin. It consists of the rim and side of a small pinch pot. The rim is rounded, and both the rim and the body are undecorated. The base of the sherd has the beginning of a curve. The pot would have been about an inch tall.