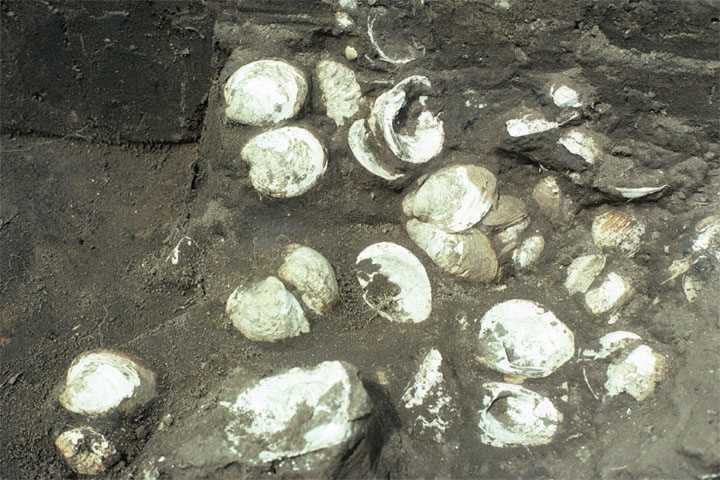 Mussels Freshwater mussels are a food resource that early inhabitants would have harvested from the main or side channels of the Mississippi River.  One of the features at the Pammel Creek site contained a high number of matched pairs of mussel shells.  This would indicate that they were deposited shortly after being harvested, since the ligament that joins the halves dries relatively quickly once the mussels are removed from the water.  Pictured is a cluster of freshwater mussels being excavated from the Pammel Creek site located south of La Crosse, Wisconsin.