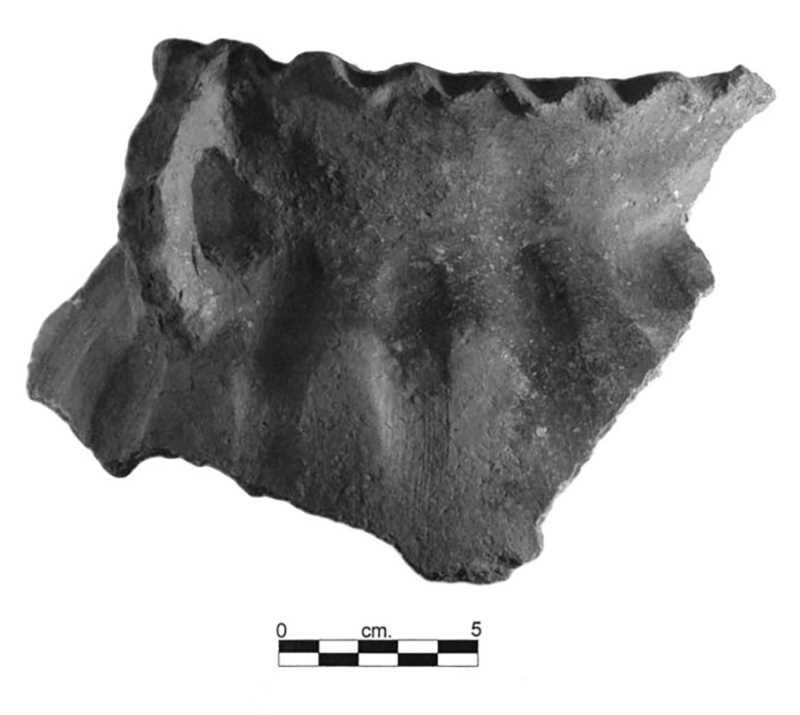 Oneota pottery Vessel 29 was found at the base of an ash lens in an oval storage or refuse pit. This Koshkonong Bold variety bold vessel portion has a distinctive handle attached at the lip. The handle is a loop, flattened on both sides, with bold finger impressions that give it a wavy appearance. The finger impressions on the lip are also bold, as are the vertical finger trails on the shoulder. Vessel 29 was recovered during excavations in the early 2000s at the Sanford Archaeological District in La Crosse, Wisconsin. It probably dates to the Pammel Creek phase (A.D. 1400-1500) of the local Oneota occupation.