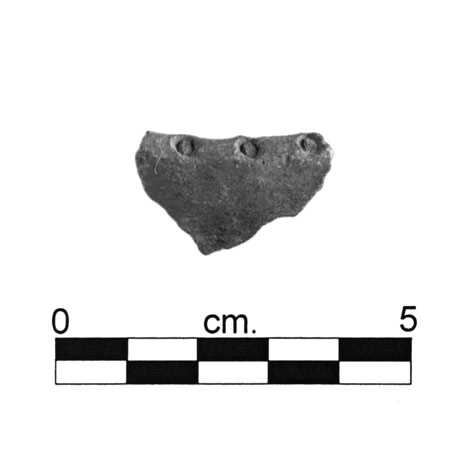 Oneota pottery This sherd is a portion of a rim with unusual lip-top tool impressions. These circular impressions have a raised center, indicating that they were made with a hollow tool, possibly a reed or a bird bone. There is no other decoration on the sherd, which is just beginning to curve at the shoulder/rim juncture. The rim is shell-tempered and the paste has the same appearance as most of the Oneota pottery within the district.  Recovered in the early 2000s from the Sanford Archaeological District in La Crosse, Wisconsin.