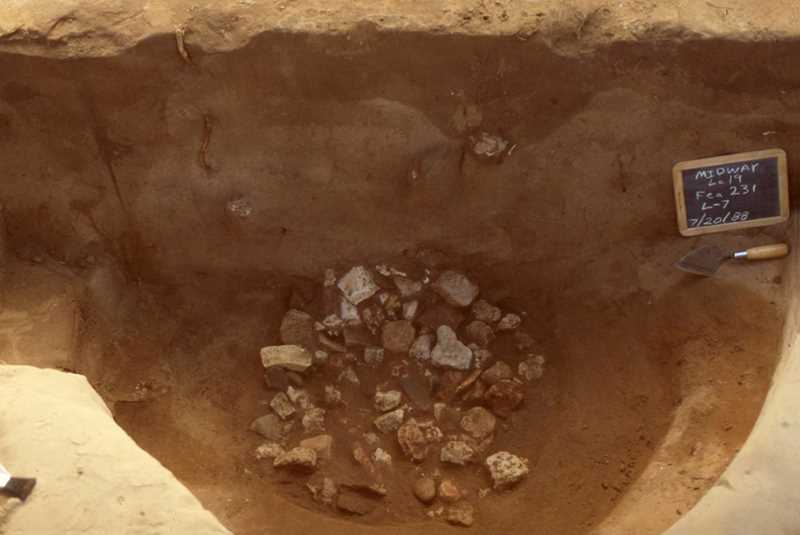 Oneota storage pit Late precontact Oneota sites in the La Crosse area often have hundreds or even thousands of pit features, many of them used initially for food storage. Information on how Native peoples used plants in pre-European times comes from many sources, including traditional knowledge and practices passed down to modern Native communities, ethnobotanical studies of plant uses, and early written records. Native peoples at local Oneota sites grew corn, squash, beans, and other crops in agricultural fields, and their fall harvest was stored in carefully constructed pits for use in the winter and spring. These pits were probably lined with dried grass or thatch. Inside, they might have had strings of corn, still on the cob, lining the pit walls, loose corn piled within that, and dried squash slices at the center. The whole pit would have been carefully covered to protect it from the weather and animals. Mold, insects, and rodents would be constant concerns for underground food storage, so after pits were emptied, they were probably not reused for storage for more than a year or two. Instead, the empty pits were convenient places to dispose of village refuse. Shown here is Feature 231 at the 1988 excavation at the Midway site (47LC19) in La Crosse County, showing the bottom filled with broken pottery, burned rock, and animal bones.