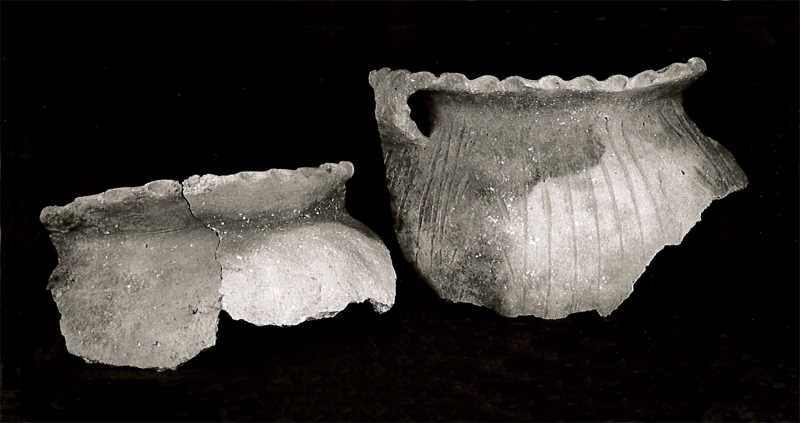 Oneota Pot Sherds, Burned Excavations at the late precontact Oneota Pammel Creek site just south of La Crosse, Wisconsin, in the late 1980s revealed a large number of sherds and vessel portions that show evidence of burning after the pots broke. This is indicated by discontinuous charring on the edges of larger fragments. Some vessel portions also have smoked or partially smoked surfaces. Those with partially smoked surfaces include sherds with irregular, sharp boundaries between the blackened and unblackened areas. These patterns indicate that the unblackened areas were covered and thus protected from charring. The shapes of the unblackened patches suggest they were covered by another sherd.

It’s unclear why these sherds were burned before they were discarded in refuse pits, but from the large number, it seems to have been a common occurrence--and therefore, perhaps intentional. Similar sherds have been found at other local Oneota sites as well. One possible explanation is that the sherds were stacked over new vessels during the firing process to form a simple kiln.