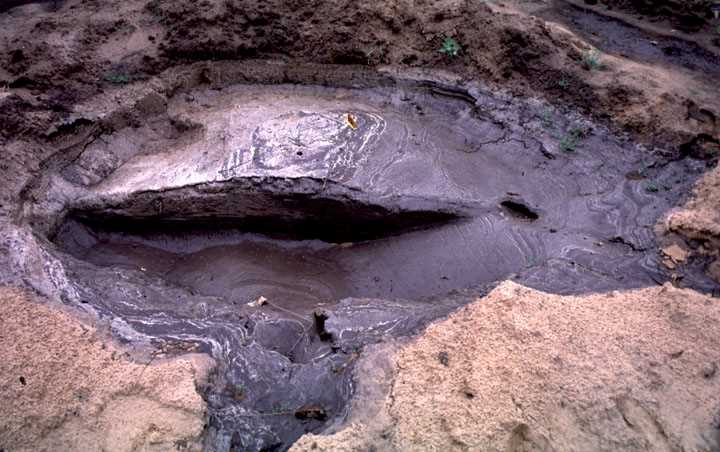 Pit feature Many pits were initially dug to store food or other items. Once the food was removed, the pit was filled with garbage and washed-in soil. The site was eventually abandoned, and the village debris in the ground was slowly buried by shifting sands. Plants grew over the top, hiding and protecting the site. The organic garbage decayed over time, staining the pit fill dark brown or black. The village became an archaeological site. Pictured is a pit, already excavated by archaeologists, that began to refill with washed-in soil after just one heavy rain.