Catlinite tablet Some stones in our region have designs engraved by precontact Native American peoples. Some of the designs are abstract, and others appear to represent thunderbirds, humans, deer, bison, or other figures. Beyond being “portable art,” these carved stones no doubt had other significance.

Pictured is a fragment of a pipestone (catlinite) tablet inscribed with the head and upper torso of a large animal, probably a bison (note the horns at the left, and the hump). A “heartline” runs from the mouth into the region of the animal’s vital organs. Heartlines are a widespread motif in rock art depictions of animal figures. An angular “figure eight” across the heartline might represent a symbolic kill or similar hunting theme.  The tablet was found on the surface of a field in southeastern Minnesota. 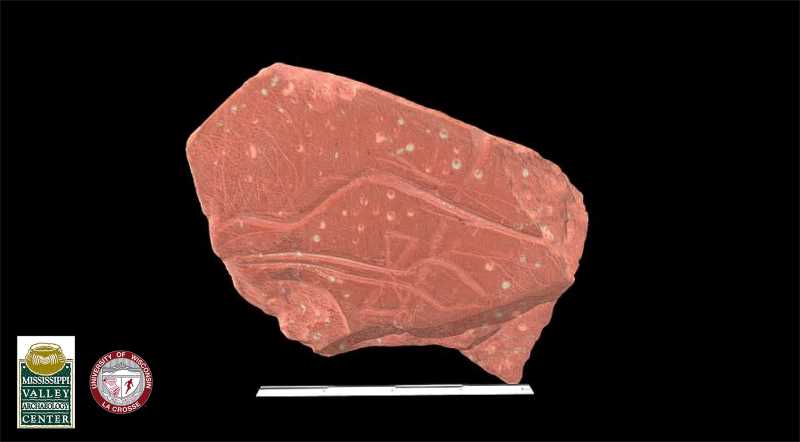