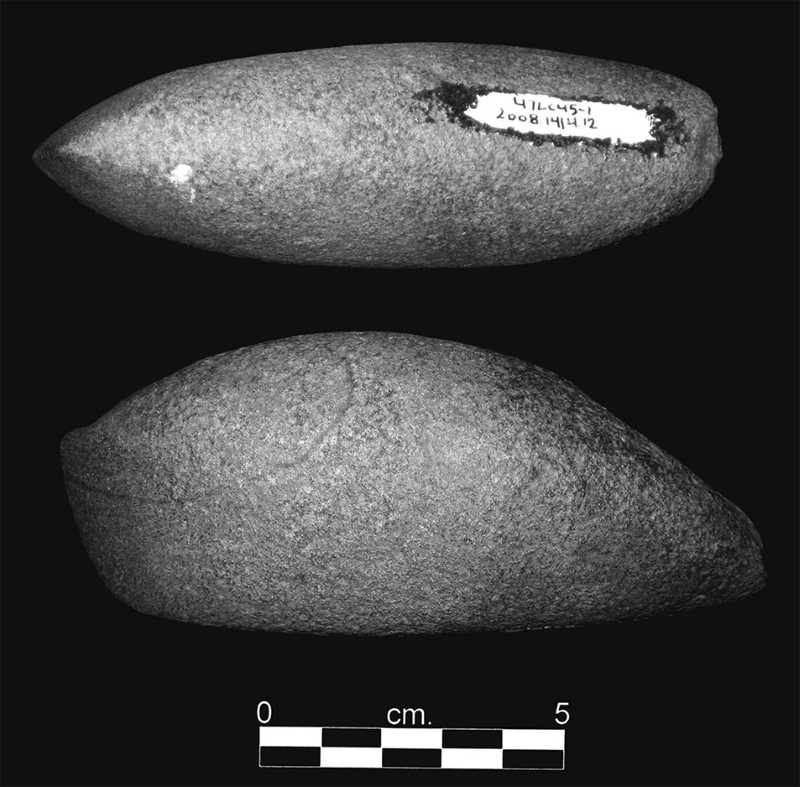 Celt This celt is made of pecked and ground basalt. It was recovered during the 2008 excavations at the Sand Lake Archaeological District located north of La Crosse, Wisconsin. This celt is somewhat asymmetrical, with a narrow, but highly polished bit end. The opposite end shows some evidence of pounding, which is typical of pole ends of celts. Celts represent ungrooved axes that were used for wood working. In cross-view they resemble splitting wedges, but most were also likely hafted in a loop device that allowed easy removal.