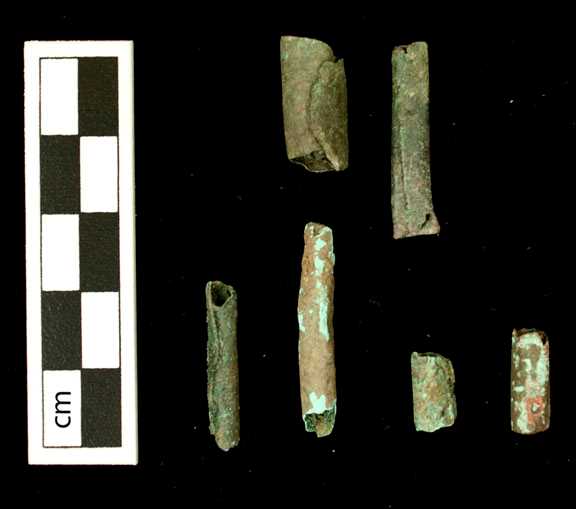 Copper Beads In the Midwest, copper was used to make a variety of items for thousands of years. Copper use began in the Archaic period, 10,000–2,400 years ago, and ended after European contact, when brass and iron became readily available. North American copper artifacts were made by cold hammering rather than smelting. Copper nuggets were hammered to eliminate rocks and other inclusions, and shaped into thin sheets. The sheets were then shaped and hammered into tools or ornaments. (These rolled copper beads were found at two Oneota habitation sites in La Crosse, Wisconsin.)