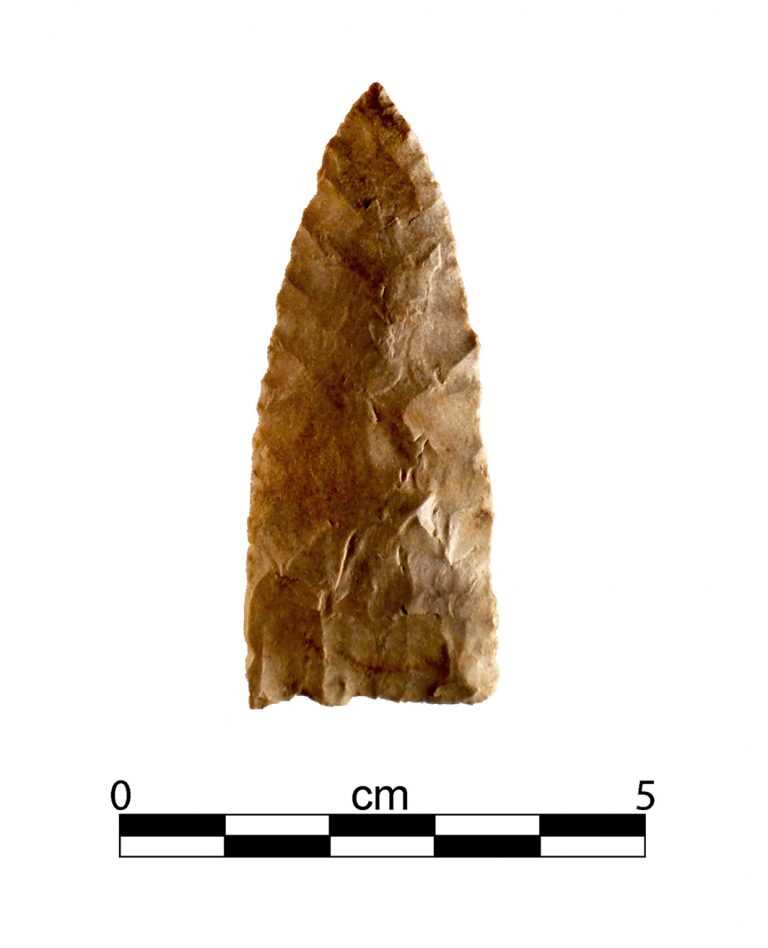 Chert Projectile Point This chert projectile point was found in 2007 during a shoreline survey in north central Wisconsin. It might be Late Paleoindian in affiliation—it is small for Paleoindian, but the base might have been reworked. The point was on the newly exposed beach of an island, next to a dried creek bed. Found with it were a silicified sandstone biface, 40 pieces of lithic debitage, and scattered fire-cracked rock.