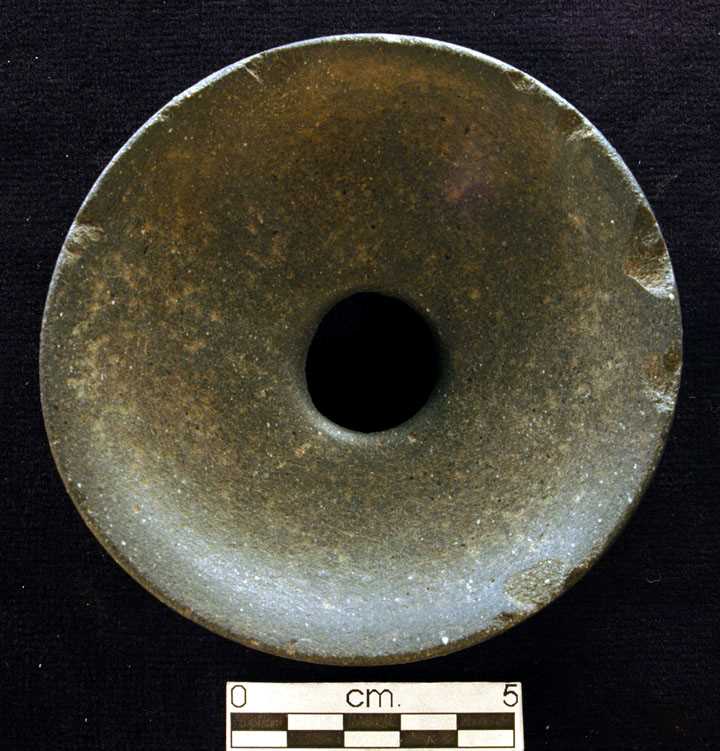 Chunkey stone A complete discoidal or “chunkey” stone was recovered during excavations at the Sanford Archaeological District in La Crosse, Wisconsin in the early 1990s. This discoidal is made of a fine-grained basalt, is 9.5 cm (3.74 inches) in diameter and has a 2.3 cm (.09 inches) diameter hole drilled through the center. Discoidals such as these are generally interpreted as targets for the game Chunkey based on ethnographic accounts of the 19th and 20th century. These accounts indicate the game was widespread across eastern North American in historic times. A disk is rolled along the ground, and players throw spearlike sticks where the stone will finally stop. 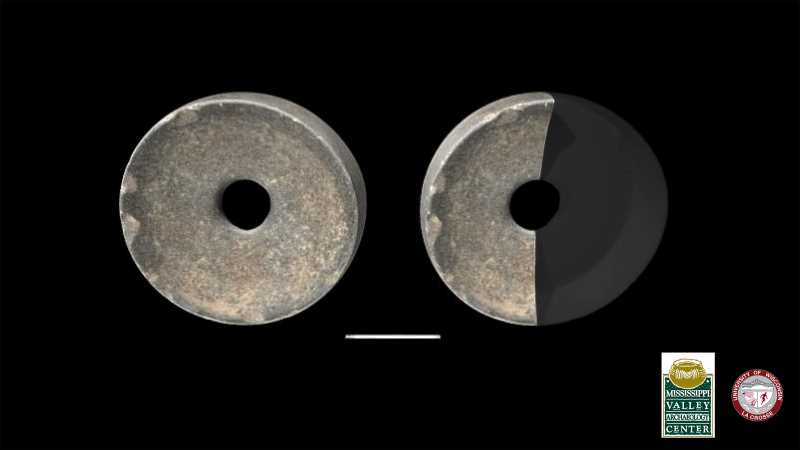