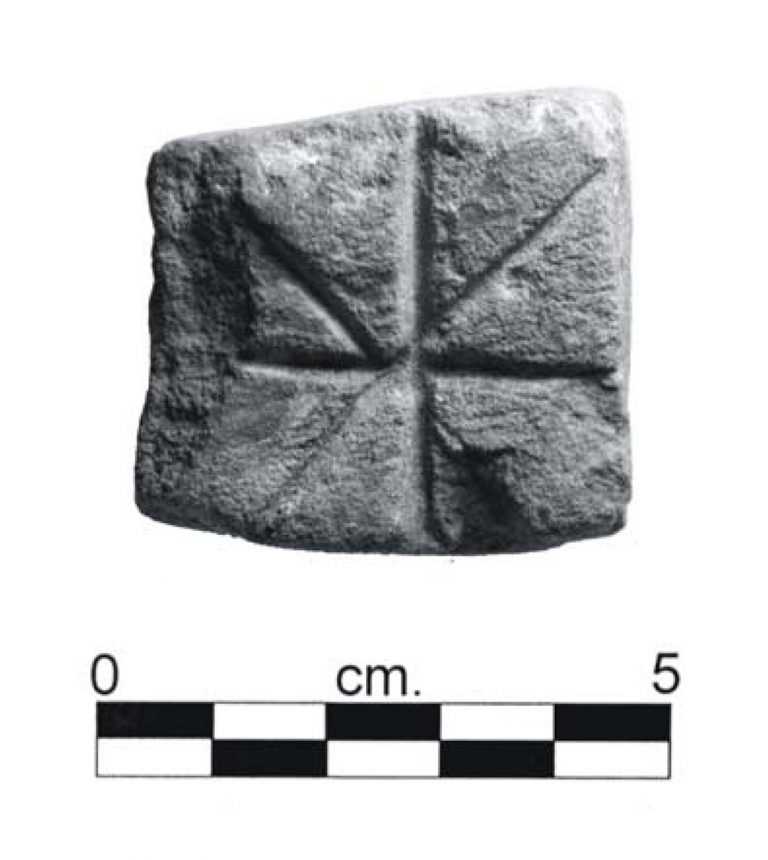 Etched Stone Square This unusual, etched square of sandstone was found in the early 2000s during excavations at the Sanford Archaeological District in La Crosse, Wisconsin.  A piece of local sandstone was shaped and smoothed to form a small, flat square, and an asterisk (*) design was etched into one surface. The Sanford District is a large Oneota habitation and cemetery site that underlies some 26 city blocks of South La Crosse. The site dates to late precontact times, from about AD 1300 into the early 1600s.