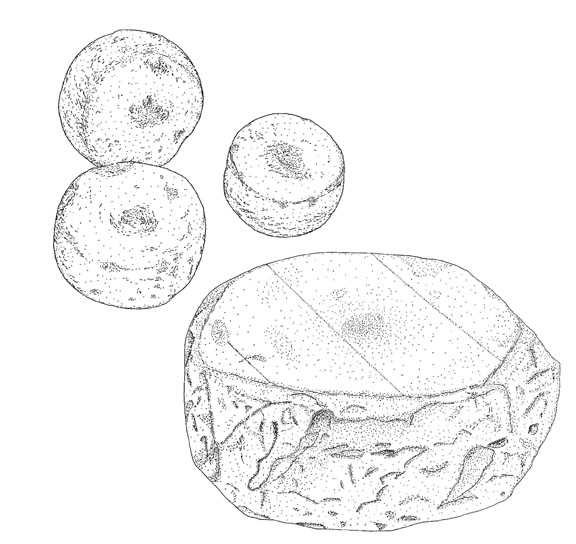 Metate and Mano Manos are circular in shape, with battered sides and two surfaces flattened and smoothed from use.  Manos often have central pits on either one or both of the flat grinding surfaces.  The function or origin of these pits is not known. Manos were undoubtedly held in the hand and used with a larger metate for grinding flour. Manos are often associated with agricultural groups such as the Oneota.

These three manos (upper left) were cached in a feature.  All three manos exhibit pitting on one surface, and one mano shows less pronounced pitting on the opposite surface.

This metate (lower right) is composed of silicified sandstone, probably the local Alma variety.  The lines on the ground surface are plow scars.

Pictured manos and metate were recovered from a site located north of La Crosse, Wisconsin in the mid-1980s.