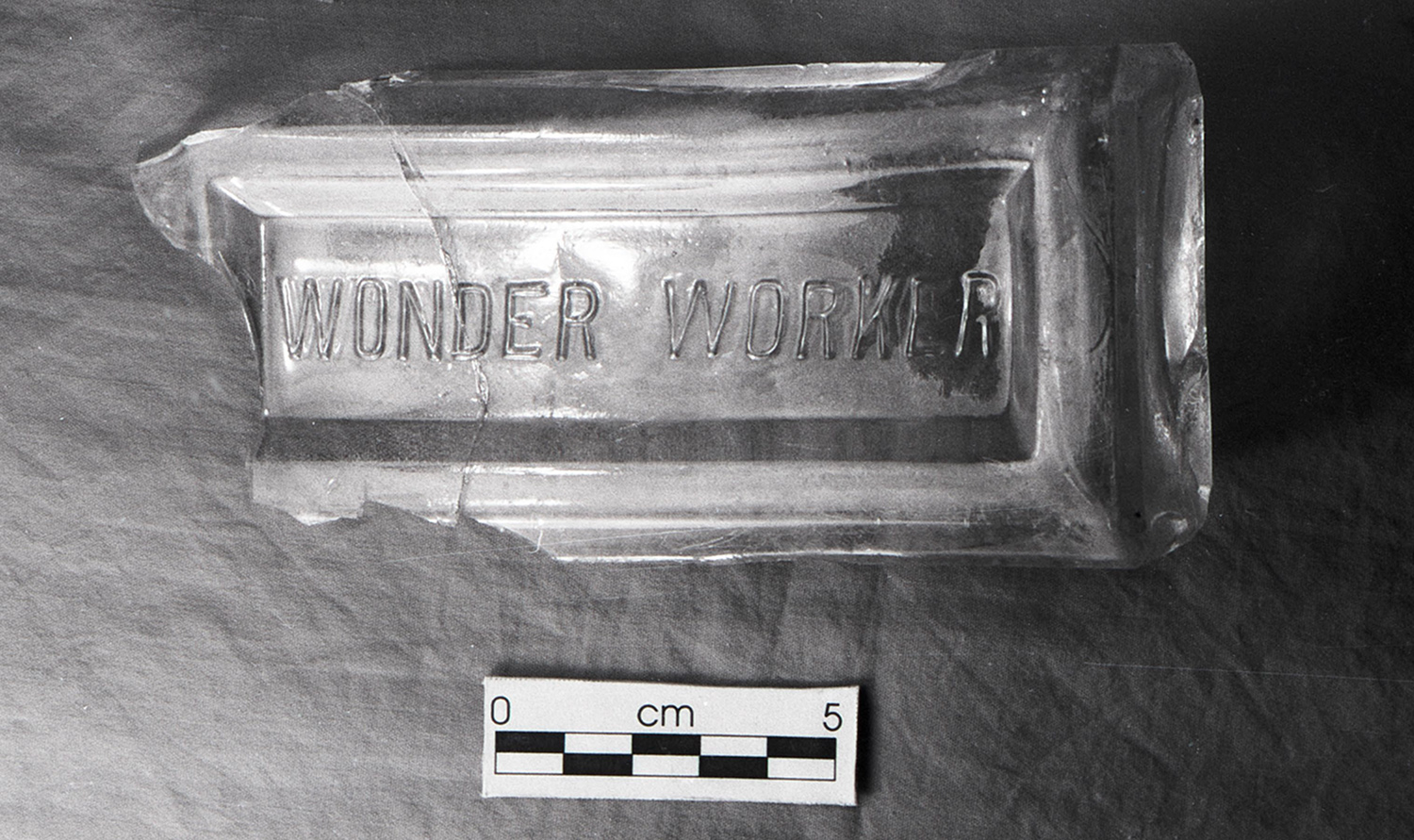 Medicine Bottle The glass medicine-bottle fragment has a rectangular base and “WONDER WORKER” embossed on the one remaining side panel. It was found during a surface survey of a site in north-central Wisconsin that had historic Euro-American items as well as precontact Native American artifacts. The historic items might reflect an 1890s to early 1900s logging camp. That time frame would fit the likely source of the bottle: George F. Winslow, who sold patent medicines such as Wonder Worker throughout the region, including to lumbermen. He and his wife Carrie, daughter of prominent businessman Nathaniel Foster, lived in the George F. Winslow House in Eau Claire, now listed on the National Register of Historic Places. The state listing for the property notes that Winslow's "camp remedies," which also included Magic Bomb and Magnetic Oil Linament, were all alcohol based (https://www.wisconsinhistory.org/Records/Property/HI16151).