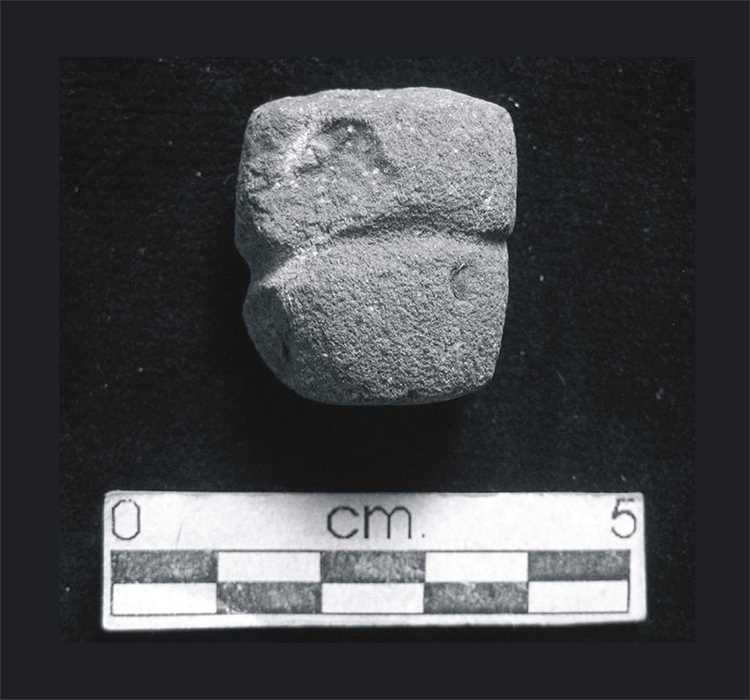 Net Sinker This small sandstone object was found in the Sand Lake Archaeological District near Onalaska, Wisconsin, in 2008. Its function is unknown. It was intentionally shaped into a barrel-like form with a groove around the middle. The groove suggests that it might have been tied with a cord, like other stones interpreted as “net sinkers.” It’s fairly light for a net sinker, though, and Sand Lake Coulee doesn’t seem to be likely spot for a net sinker. But there once was a pond there, with an interesting history. When glacial meltwater flooded through the Mississippi Valley toward the end of the last Age, it left behind sediments that formed the sandy terraces where La Crosse and Onalaska now sit. The sediments plugged the outlets of small tributary drainages like this one, forming trapped floodplains with fertile soil, and in this case, a lake that was drained in modern times. Was this particular stone a net sinker? We don’t know. But it’s an interesting possibility for a site that also had remains of fish and birds.