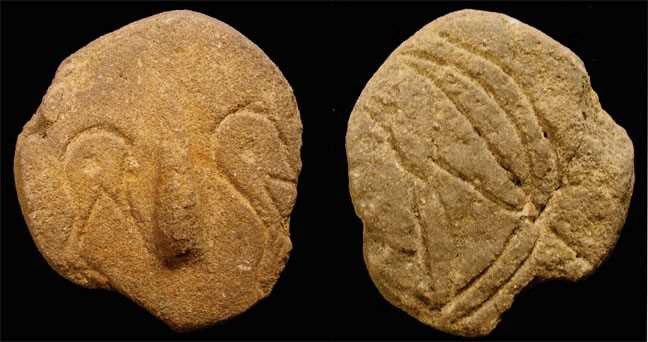 Rock Art – Portable – Sandstone Carving This carved piece of sandstone was found during 2009 excavations in the Sand Lake Archaeological District in Onalaska, WI.  It has an etched face on one side and multiple etched lines on the other.  The forked eye or weeping eye motif is traditionally found in Middle Mississippian art. This unusual artifact was found in an Oneota pit feature that also had over 100 pounds of burned rock. 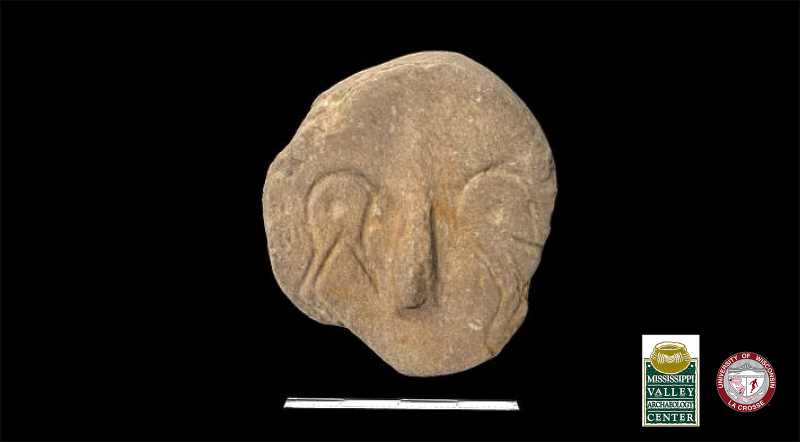