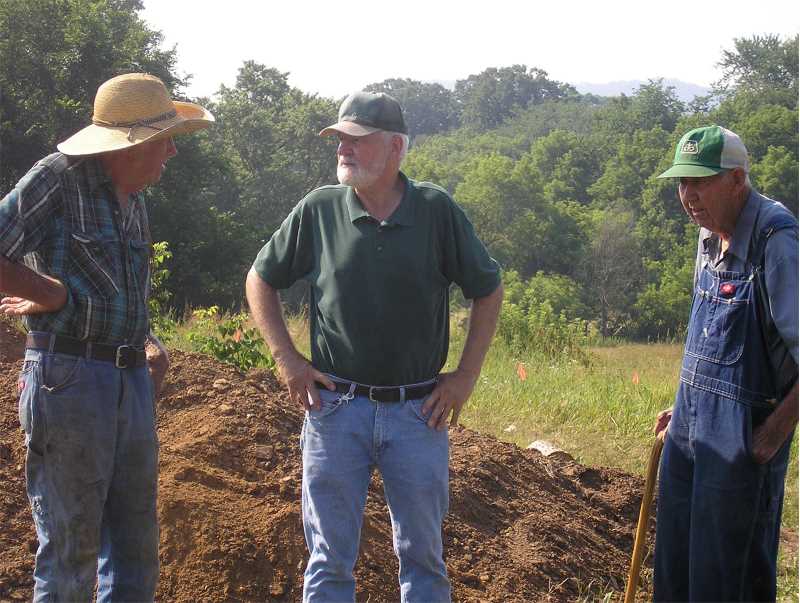 John and Otto Swennes became great friends of MVAC and the staff. Over the years they hosted multiple UWL/MVAC undergraduate, teacher, and public field schools at sites on their farm. Twice they allowed an overwintering experiment of storing corn in a pit, and provided the organically grown corn. They also donated various artifacts, including a fragile, Native-made bag woven of nettle fibers. Such things are rarely preserved in this region; they had found this one in a dry rockshelter on their farm. John and Otto were warm, generous men who were always curious about the world around them. They were also very kind—even when an MVAC atlatl demonstration led to a dart embedded in their new metal roof.

Levern DeVries first became involved with MVAC and archaeology in 1993 when he attended the first course offering of Archaeology for Teachers.  He applied what he learned there into his own eighth-grade classroom at Black River Falls Middle School, where he taught for 29 years.  His creativity and enthusiasm encouraged his students to learn not just English but archaeology as well.  Beyond implementing archaeology in the classroom, for the next 15 years Levern enjoyed a personal explorative journey into prehistoric technologies, including flintknapping, cordage, drilling, and fire starting.  Levern devoted countless hours sharing his knowledge with eager students of all ages and in a wide variety of venues. He participated in almost every MVAC Public Field School, Volunteer Field Survey, and Archaeology Day at Silver Mound.  He was a true teacher who touched many lives.

Our lives were richer for having known these men, and we miss them very much.