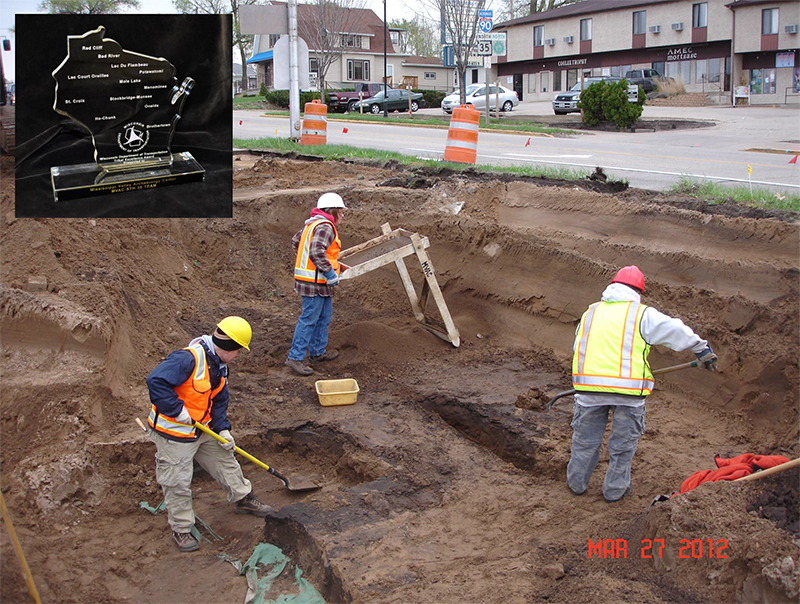 Excavation Throwback Thursday - Ten years ago MVAC was processing results from a major excavation in the heart of Onalaska, Wisconsin, done during the reconstruction of STH 35 (2nd Avenue). The Onalaska Village and Cemetery site (47LC288) is an Oneota site recorded from historic accounts going back into the 1800s that mentioned artifacts and burials being found in the downtown area. The site’s importance was clear, but after over a century of urban development, no one knew if any of the site remained intact, and excavation ahead of construction was not feasible. Instead, archaeological monitoring was written into the construction project itself. The findings far exceeded expectations. About 500 features, including some burial locations, were found in a five-block stretch of road during construction, and MVAC worked closely with agencies, the City of Onalaska, Tribal partners, and construction contractors to do the necessary work safely while keeping construction on track. The findings alerted agencies and the City to the need for extra care in any future development in that area. They also added to understanding of the Oneota occupation of the La Crosse area, which lasted from about A.D. 1300 into the early 1600s. MVAC received a 2012 Wisconsin Tribal Excellence Award for the project.