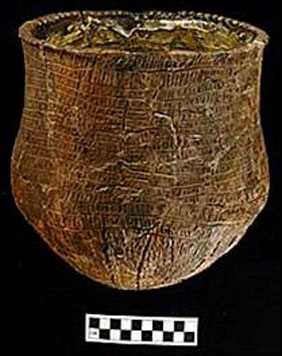 Woodland pot Pottery first appears in Wisconsin about 2500 years ago. The designs change through time, just as styles of cars or clothing change, making pottery a very sensitive tool for dating sites. Specific changes occur in the temper, decoration and surface treatment of the vessel through time.

Woodland period (500 BC to 1200 AD) pottery is the oldest pottery found in Wisconsin. The oldest pottery has sand or crushed rock (grit) mixed with the clay. The body of the vessel was usually formed by coiling strips of clay. The pot was shaped with a paddle wrapped in cords, leaving a characteristic cord-roughened surface. Sometimes this surface was smoothed over, or covered with a pattern created by pressing a mussel shell into the clay at alternating angles (rocker stamping). Decoration was done using fingernails, sharp tools, twisted cords, net-like fabrics, a cord-wrapped stick, rocker stamps, or dentate stamps (sticks with a series of carved notches that were pressed in the clay). (Woodland, Crawford County, WI) 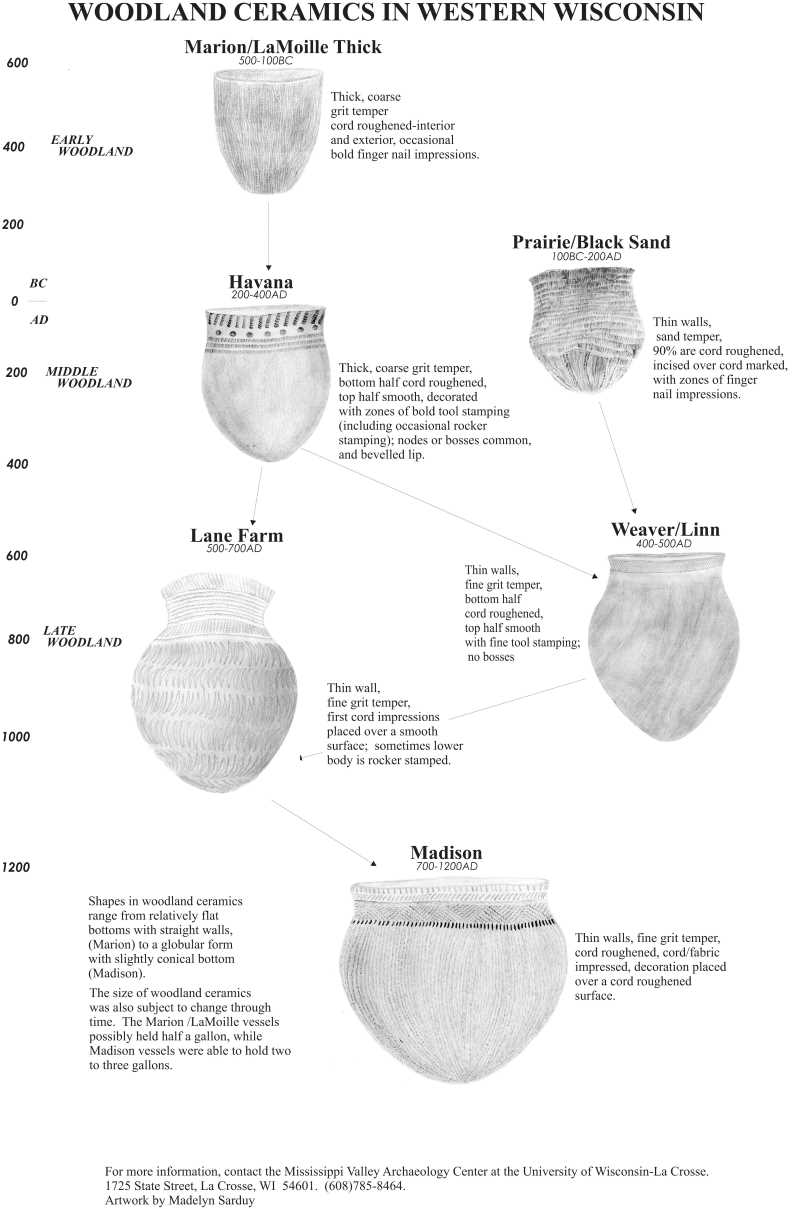