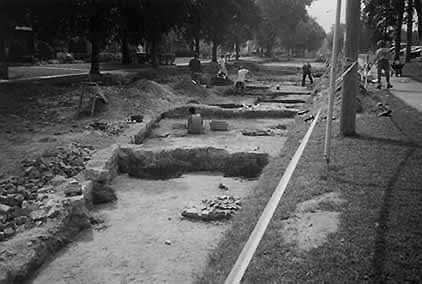 During the summer and fall of 1999, the Mississippi Valley Archaeology Center was involved with a Phase III excavation at the Second Fort Crawford military fort in Prairie du Chien.  The foundations of this fort were found during the concrete stripping and deep water and sewer trenching construction of Beaumont Road.  Second Fort Crawford was a large American military garrison that was established in 1829.  The fort was occupied by soldiers until approximately 1856, and was later used for small military operations.  Historically, both Jefferson Davis and Zachary Taylor served at the fort, and the fort’s soldiers fought in the Blackhawk war.

Excavations at the fort uncovered many different types of artifacts including ceramics, bottles, musket balls, gunflints, old coins, nails, window glass, bone handled materials, a large number of animal and fish bones, and various other materials.  History books can give us a lot of information, however, they usually cannot tell us what daily life for the soldiers would have been like.  From the artifacts recovered at the fort, archaeologists at MVAC try to reconstruct what life would have been like for a soldier during the early to middle part of the 19th century.

The artifacts from the fort also help University of Wisconsin – La Crosse archaeology majors to learn about historic archaeology. 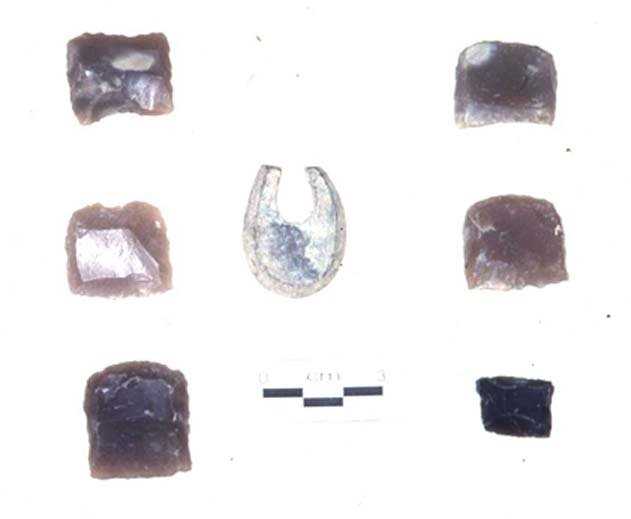 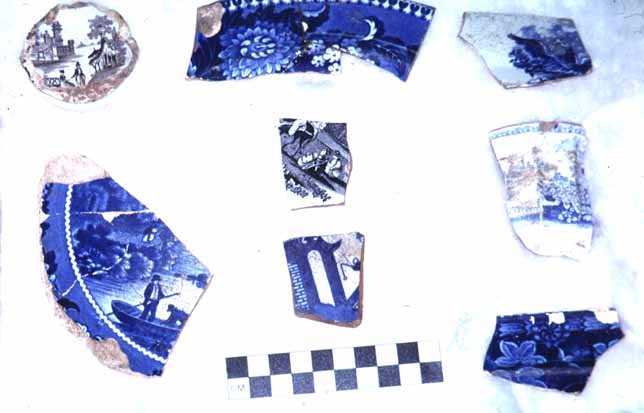 In 1999, archaeologists from the Mississippi Valley Archaeology Center (MVAC) found portions of seven rooms of Second Fort Crawford while monitoring construction of Beaumont Road in Prairie du Chien. Everything they discovered and more is now part of an extensive exhibit at the Fort Crawford Museum.

The unveiling of the new exhibit took place on Wednesday, May 15, 2002, 717 South Beaumont Road, Prairie du Chien. Speakers at the event included Wisconsin’s secretary of transportation, the mayor and city planner of Prairie du Chien, and members of the MVAC team who worked on the project.

Second Fort Crawford was used between 1829 and 1856. It was one of several military garrisons built along the upper Mississippi in the early 1800s to establish and protect United States interests along the advancing frontier.

The fort played a significant role in southwestern Wisconsin’s history. Soldiers participated in the 1832 Black Hawk War, Native Americans received annual annuities there, and the soldiers were directly involved with the removal of the Winnebago from Wisconsin to the Neutral Ground of Iowa in 1840.

Future President Zachary Taylor was the first commanding officer, and Jefferson Davis served as a lieutenant at the fort.

According to Twinde, “An entire room is dedicated to this display and it will highlight the Fort’s history and Prairie du Chien treaty histories. Half of the exhibit highlight artifacts we discovered during our 1999 excavation.” Additional highlights include a display case focused on the archaeological excavations, a 7×5-foot picture of MVAC’s excavation in progress, and an 8×5-foot diorama of the fort and hospital

Along the sidewalks and grass boulevards bordering Beaumont Road, the outlines of the fort are marked with limestone stamped and colored concrete illustrating where the road crosses the fort foundations. These outlines are based on excavation information and help observers appreciate the massive size of the fort and its relationship and orientation to current landmarks in the area.