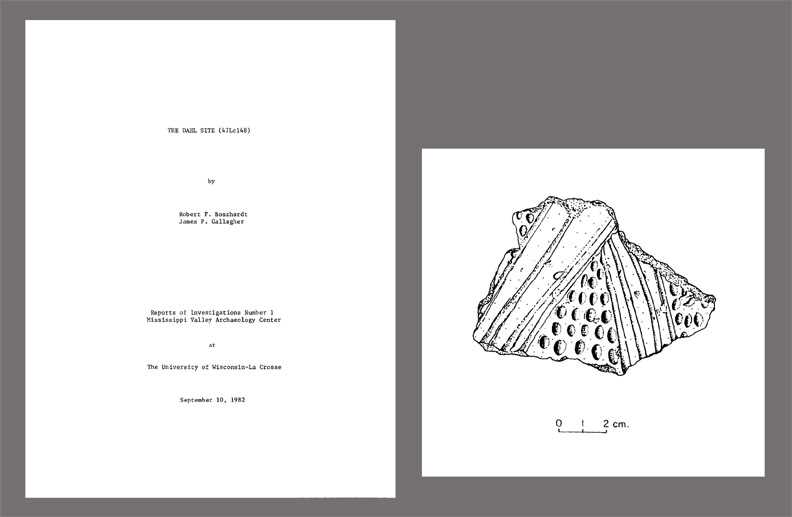 Cover of ROI 1 and drawing of pot sherd Mississippi Valley Archaeology Center’s first Reports of Investigation was completed on September 10, 1982.  The report, written by Robert Boszhardt and James Gallagher, describes investigations conducted by MVAC and the La Crosse Area Archaeological Society in spring 1982 at the Dahl Site, located east of the city of La Crosse, Wisconsin. The survey and testing project was initiated out of concern for the cultural resources in the area and anticipated future development.

Pictured:  Recovered from the Dahl Site in 1982, this shell-tempered sherd’s exterior surface is decorated with rounded oblique-angle punctations and narrow trailed lines. The punctations fill triangular zones created by intersecting sets of four roughly parallel oblique trailed lines. This decorative motif is one of the variations of the Oneota ceramic type Allamakee Trailed.