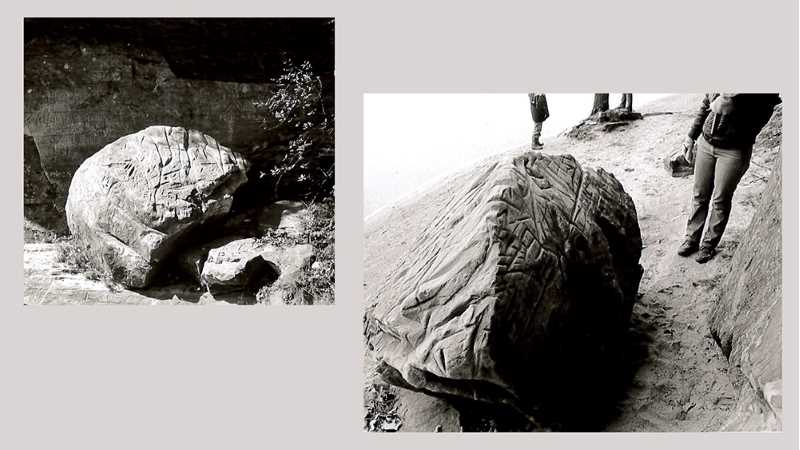 Lemonweir Petroglyph Site The Lemonweir Petroglyph Site in Juneau County is located in a recreational resort area at the confluence of the Wisconsin and Lemonweir Rivers. C. E. Brown first recorded the site in 1937 and reported at the time that the area was heavily used for recreation (Brown 1937:75,77). The rock art designs have suffered extensive damage as a result of this prolonged and intense modern occupation. Comparisons between the maps done in 1937 and 1988 of both the panel of designs and the adjacent boulder (pictured) confirm this damage. The large boulder has been carved so extensively that only new facing exists and it is difficult to determine which of the carved lines represent the designs recorded by Brown in 1937.