These two 19th century limestone privies were from a site in Prairie du Chien. As you can see, they were constructed differently, and the one on the left was more solidly built. Artifacts recovered indicated that the privy on the left was later (probably used from the mid- to late 1800s), and the one on the right was earlier (early to mid-1800s). The ceramics photos show more table ware and tea ware from the later foundation (left), and more utilitarian and plain wares from the earlier foundation (right). In the bottom photo, the medicine bottles/vials to the left of the scale came from the later foundation, and the single medicine vial to the right came from the earlier foundation. 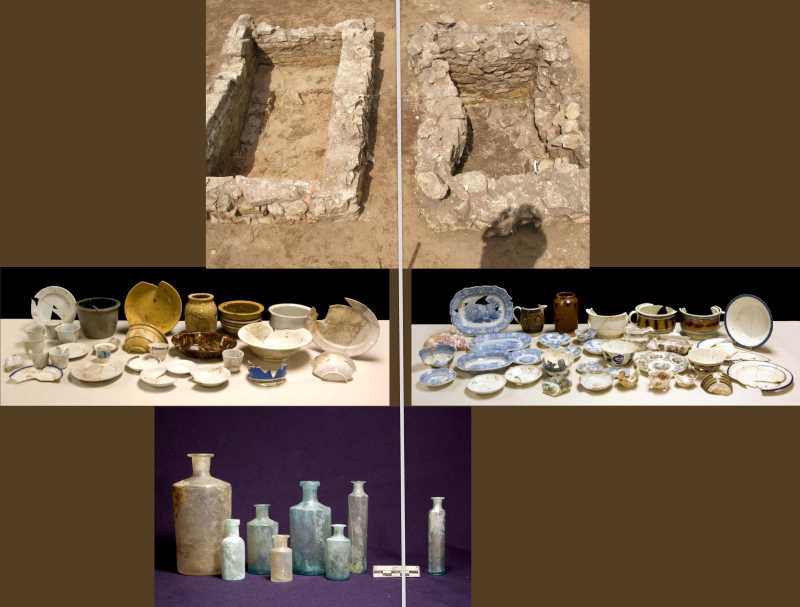