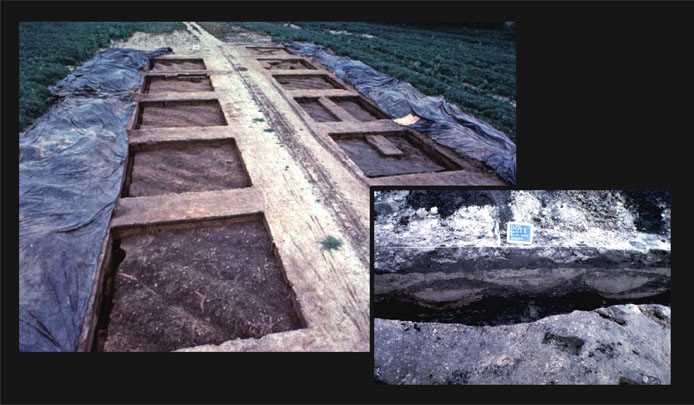 Ridged Fields Extensive excavations at the Sand Lake site in Onalaska, Wisconsin, revealed a series of ridged fields where the fertile topsoil was heaped up to form ridges along which corn and beans were planted. The fields were first formed about 1400 AD. During the next hundred years, sediment eroded from the surround uplands and buried the fields. New fields were created within the new sediments, and the process continued. A profile through the ridged fields (right) reveals a series of such episodes.