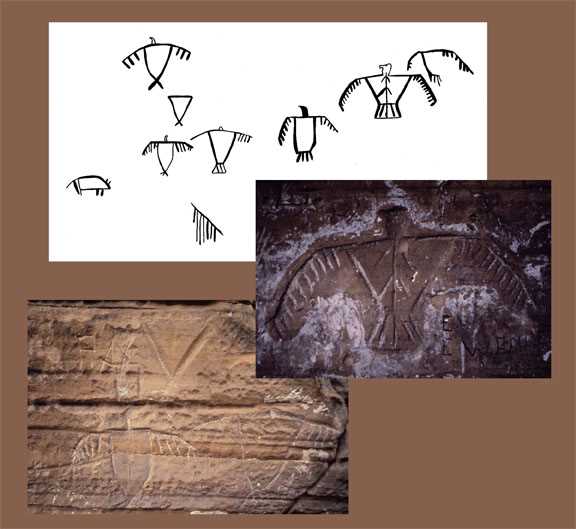 Twin Bluffs petroglyphs The Twin Bluffs petroglyphs are on a small, flat, vertical rock face with a small rock ledge at the base. Although no diagnostic artifacts have been found, regional comparisons suggest that the shelter was probably used in the late precontact period, ca. 250 B.C. to A.D. 1500. The petroglyphs include seven thunderbird figures (five complete and two partial), one bird in profile, one mammal, and one mushroom-like figure.

White plaster waste around the thunderbird figure at the right is left from early attempts at recording the petroglyphs by making plaster casts. The waste cannot be removed without damaging the petroglyphs.  This is an example of how even well-intentioned efforts to record or save petroglyphs can inadvertently cause damage.