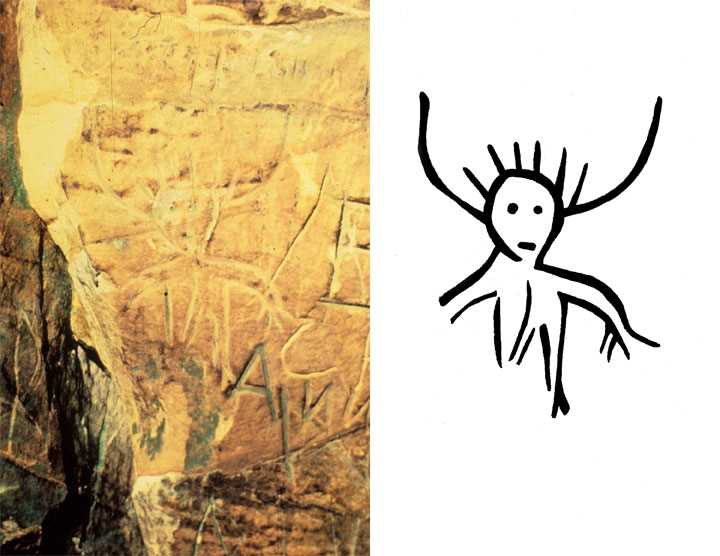 Petroglyph - human Samuel’s Cave, located in La Crosse County, Wisconsin, is a naturally-formed rockshelter containing prehistoric petroglyphs and pictographs that probably date to the Oneota occupation of the La Crosse area, (ca. 1300 to 1600 A.D.).  The rockshelter was discovered in 1878 by a boy, Frank Samuels, while trapping raccoons.  It had been sealed for at least 150 years by landslides of soil and rock coming down from the cliffs above.  At the time of discovery, the carvings and drawings on the walls of the rockshelter were reported to be in good to excellent condition.  Weather damage and vandalism over the past 130 years have obliterated many but not all of the prehistoric figures.  In prehistoric times, the rockshelter was probably used as a winter camp, and/or a special activity area. Link to see more images of Samuels’s Cave. Pictured is a human figure from Samuel’s Cave.