Archaic people continued to hunt and gather just as they had during the earlier Paleo times, however, they hunted and gathered different types of animals and plants. They exploited the full range of wild plants and animals that could be found in their environment. Theirs was a very successful adaptation and it lasted for a long time.

Archaeologists know little about Archaic people's religion and political systems. Archaeologists find the first formal cemeteries at the end of the Archaic period. The use of cemeteries and the establishment of trade networks are further developed during the later Woodland tradition. 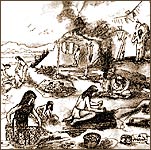 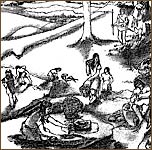 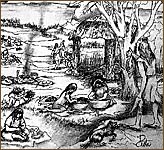