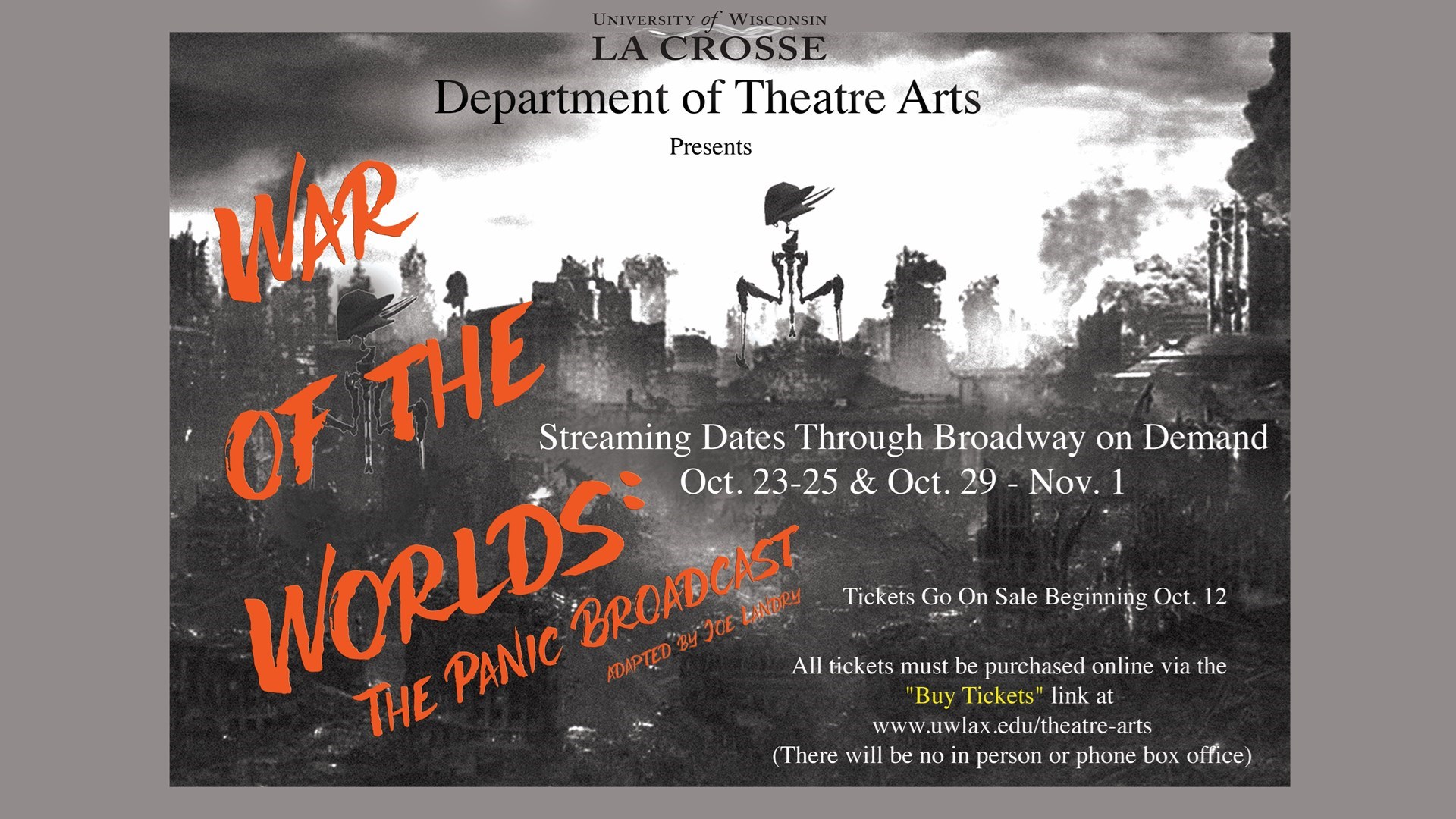 War of the Worlds: The Panic Broadcast

War of the Worlds Invasion

The University of Wisconsin - La Crosse Department of Theatre Arts is proud to present the science fiction radio play, War of the Worlds: The Panic Broadcast.  Based on the H.G. Wells novel, and adapted by Joe Landry, War of the Worlds conjures a terrifying, tentacled race of aliens who devastate the earth.  War of the Worlds was made famous by Orson Welles’ notorious 1938 radio drama which was mistaken for a real news broadcast, causing panic across the country.

An alien invasion throws humanity into chaos in the classic sci-fi novel The War of the Worlds.  This production recreates the colorful events surrounding the infamous evening, complete with vintage commercials and live sound effects.  This radio-play-within-a-radio-play is a thrilling homage to the form’s golden age and timely reminder of what fear can do to a society.

Radio plays are a unique performance opportunity in which actors often play several characters while standing behind a podium/microphone using their voice, facial expressions and minimal costume pieces to differentiate the characters.  There is also a team of people called foley artists who will create live sound effects using items such as bubble wrap, cellophane, breakfast cereal, etc. to create the sounds of a roaring fire, footsteps in the snow, and so much more.

Tickets go on sale online beginning Monday, October 12 at www.uwlax.edu/theatre-arts through the online ticketing company, ShowShare.  This is a streamed performance only.  No live audience will be allowed due to COVID-19.  Tickets can only be purchased online using the ShowShare link posted on the UWL’s Theatre webpage.  Tickets are $6 for UWL students; $16 for senior citizens/non-UWL students; and $18 for adults.

For questions about this event or to request disability accommodations , contact Krista Shulka at 608.785.6701 or kshulka@uwlax.edu.