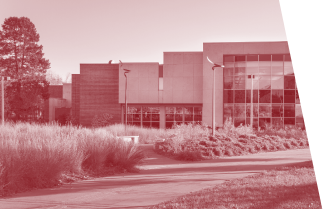 By John Jax and Chelsea Wyman

Murphy’s Mug, the coffee shop located within Murphy Library, recently celebrated its 15th anniversary. In celebration, a small ceremony was held on April 15th, 2022, which included remarks by Murphy Library Director John Jax and UW-La Crosse Chancellor Joe Gow, as well as free coffee and cupcakes, which were a particularly big hit with our students!

The grand opening of Murphy’s Mug was held on April 10th, 2007, but the idea to create a coffee shop inside Murphy Library began many years before that. A Faculty Senate charge to the Faculty Senate Library Committee asked for a review of the library’s food and drink policy. Around the same time, one of Murphy Library’s goals was to determine the feasibility of offering food and drink spaces within the library building since there were few food opportunities on the north end of campus at the time.

Then Library Director Anita Evans worked with Stefan Smith, the Outreach Librarian at the time, to determine the possibility of converting an extended study space into a library cafe, as these types of spaces were becoming popular features in libraries. Smith worked with a UWL Business 230 class to design a survey that gathered information about a proposed library cafe concept, and responses indicated that approximately 60% of students were in favor of having such a place in the library. Endorsement by the Faculty Senate Library Committee, library employees, the UW-La Crosse Provost, campus dining services and the Student Activities & Centers Director resulted in an actionable plan. In order to further engage and involve student interests in having a library cafe, a naming contest was held, which resulted in the present name, Murphy’s Mug.

Since then, Murphy’s Mug has served as a popular location for students to study, grab a quick coffee or snack between classes or just relax with friends. Here’s to the next 15 years!