Preparing for next generation care 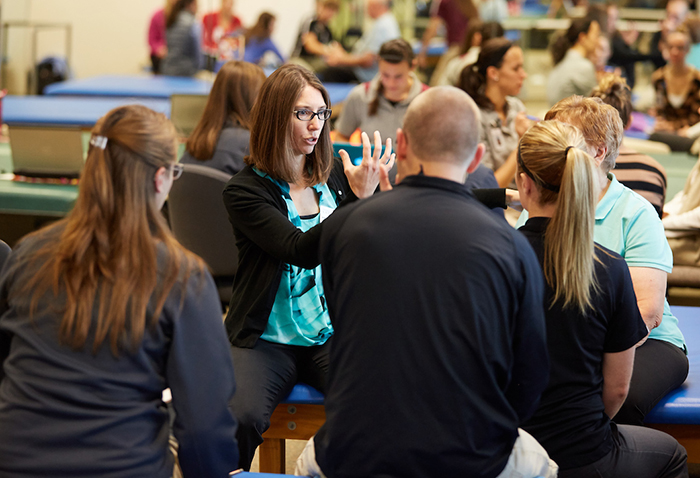 Heather Fortuine, UWL clinical assistant professor of physical therapy, instructs a group of doctor of physical therapy students who are performing a physical therapy initial evaluation on a person with Parkinson's Disease as part of the Applied Adult Neurological Rehabilitation course.[/caption] “To keep up-to-date in my field is something I’m constantly working at,” says Fortuine. “It was a real gift to attend this program.” Fortuine applied for the program because of the rich learning experience it would provide. She learned about current physical therapy related research and evidence-based interventions. The program is applicable to Fortuine’s Adult Neuro Rehabilitation class she is teaching this fall to UWL’s Doctor of Physical Therapy program students. A week-long section of the course is devoted to Parkinson’s Disease. The training is also useful as she teaches a section of UWL’s Exercise Program for Adults with Neurological Disorders (EXPAND). In the program, physical therapy students work with members of the community who have neurological disorders. Supervised by a faculty member, students develop evidence-based exercise programs to improve participant’s health and well being. About 75 percent of EXPAND participants have Parkinson’s, notes Fortuine. During the Physical Therapy Faculty Program, Fortuine observed neurosurgeons adjusting the settings on patients who had undergone deep-brain stimulation and observed first-hand the impact surgery had on their quality of life, motor symptoms and function. She also saw several different medical interventions for people with Parkinson's Disease such as botox injections, medication options, lifestyle changes and recommendations, and how the many different members of the medical team work together to provide holistic care for people with Parkinson's Disease. [caption id="attachment_47008" align="alignright" width="700"] 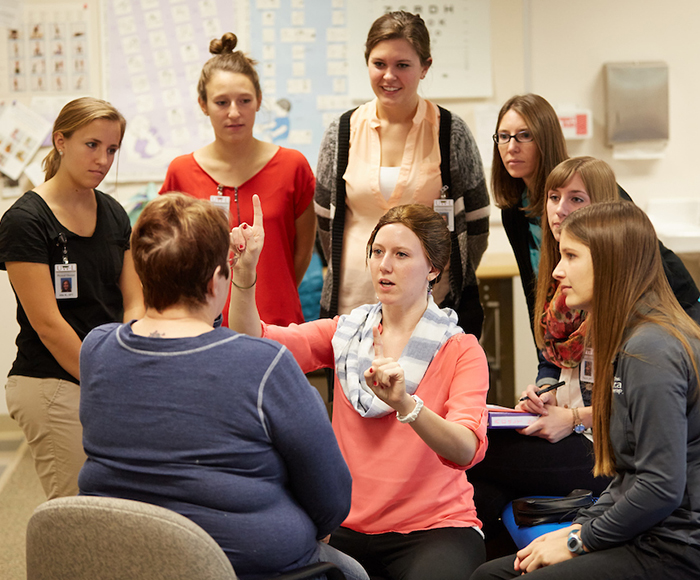 Student Andrea Zahn performs a cranial nerve assessment as part of a physical therapy evaluation for a person with Parkinson's Disease. The practice was part of an Adult Neurological Rehabilitation course. Other doctor of physical therapy students in the picture include: Brenna Dubick, Tess Rademaker, Allie Knaus, Alisha Maciejewski and Erica Willadsen.[/caption]

Parkinson’s is the second most common neurodegenerative disease after Alzheimer's and is the 14th leading cause of death in the US. It is associated with a loss of motor control (e.g., shaking or tremor at rest and lack of facial expression), as well as non-motor symptoms (e.g., depression and anxiety). Although research continues, there is currently no cure for Parkinson's disease. - Parkinson’s Disease Foundation