A group of UW-L faculty and students have collaborated on the discovery of an antibiotic that could fight a common and sometimes lethal disease. 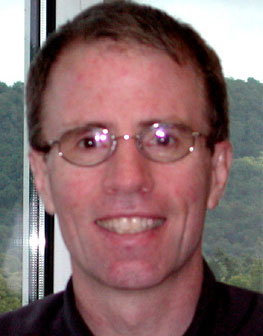 Bill Schwan[/caption] A group of UW-L faculty and students have collaborated on the discovery of an antibiotic that could fight a common and sometimes lethal disease.  Bill Schwan, UW-L professor of microbiology, and a team of UW-L student and faculty researchers are co-authors on an article in the peer-reviewed journal Bioorganic Medicinal Chemistry published December 15 that highlights new antibiotics that could fight the bacteria that cause Tuberculosis.  A potential drug is still in the discovery phase and will require pre-clinical testing.
The discovery comes at a time when few TB treatments exist and some strains have grown resistant to all drugs available on the market, says Schwan. Such an advancement marks another step forward for Mycophyte Discovery, a company that was started in 2005 by four UW-L professors including Schwan. The company aims to develop antimicrobial drugs from natural sources. The paper also marks a personal accomplishment for Schwan as it is his 50th article to appear in a peer-reviewed journal and his twelfth article with UW-L undergraduate student researchers as co-authors. That’s a notable accomplishment at UW-L where professors primarily focus time and energy on teaching; not research.
Schwan attributes the successful find to a broad collaboration. He and his UW-L collaborators, including UW-L undergraduate students did preliminary testing of the antibiotics effect on bacteria similar to those that cause TB and then worked with the National Institute of Allergy and Infectious Disease and David Sherman, a collaborator from the Seattle Biomedical Research Institute and Department of Global Health at the University of Washington, to study the effect on Mycobacterium tuberculosis, the cause of Tuberculosis.   The drug was developed and synthesized by James Cook and his chemistry lab students and postdoctoral fellows at UW-Milwaukee. UW-L’s collaborators on the discovery and article include: Schwan; Marc Rott, Microbiology; Aaron Monte, Chemistry; and UW-L students: Sara Medina-Bielski, Michelle Lane, Will Close and Rebecca Polanowski. About Bill Schwan: Schwan marks his 16th year at UW-L. Prior to coming to the university, he worked for a biotechnology company in Seattle. Schwan has dedicated his research to several primary areas, including the main cause of urinary tract infections in women and understanding why methicillin-resistant Staphylococcus aureus (MRSA) became a large problem around the world.