Rubio-Zepeda will give the commencement speech at the 10 a.m. Sunday, May 11, at the La Crosse Center. About 1,500 fellow students will walk the stage during two ceremonies at 10 a.m. and 2 p.m. 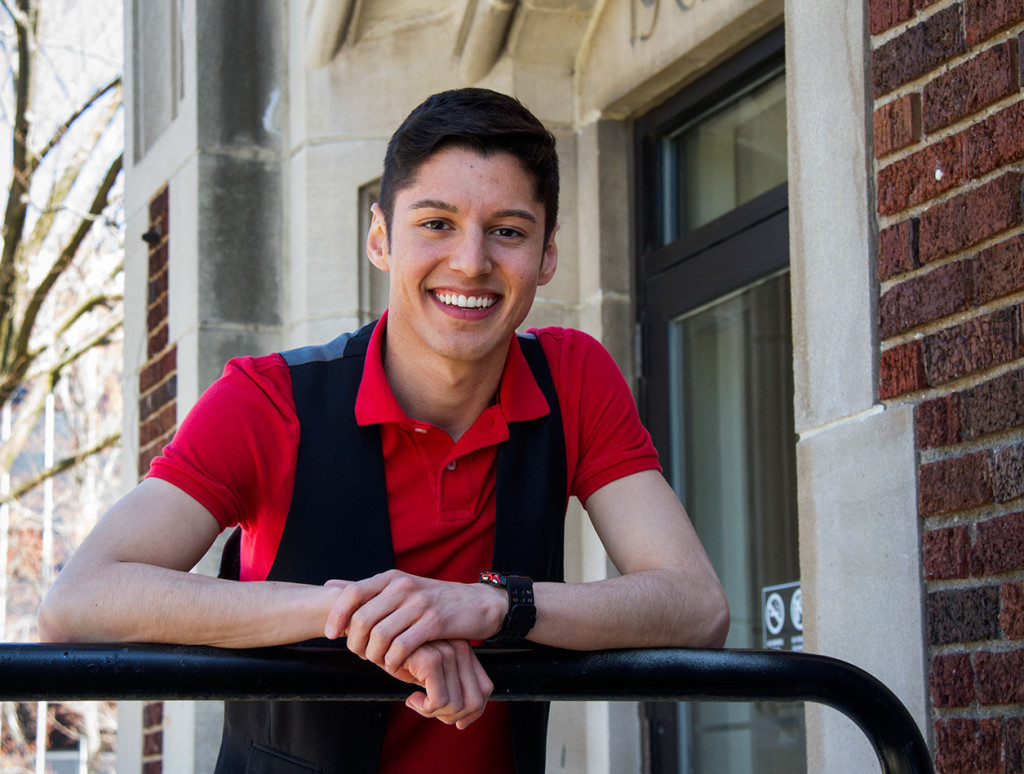 UW-L student José Rubio-Zepeda will give the commencement speech at 10 a.m. Sunday, May 11. His father will be coming to the U.S. for the first time to celebrate the event.[/caption] UW-La Crosse student José Rubio-Zepeda placed his hand on the chain link fence on the U.S. and Mexico border. It was May 2013 on an educational tour of one of the most illegally transported points on the nearly 2,000-mile stretch. In the moment, his past and future collided. As a Honduran boy, he could empathize with the poverty of the population on the other side. Yet he knew his future would be about educating, organizing and advocating for communities like this. Rubio-Zepeda will give the commencement speech at the 10 a.m. Sunday, May 11, at the La Crosse Center. About 1,500 fellow students will walk the stage during two ceremonies at 10 a.m. and 2 p.m. He graduates with degrees in political science, Spanish and a minor in international studies. He plans to continue on to pursue a dual master’s degree in Latin American Studies and Community and Regional Planning at the University of Texas at Austin. “I feel at this point in my life I am living the American dream,” he says. “I don’t solely believe hard work gets you where you need to be, but also the support system I’ve encountered here.”

Rubio-Zepeda grew up in a poor suburb of Tegucigalpa, Honduras. His family washed clothes in a water basin, took sponge baths and hauled buckets of water to flush the toilet. His mother was the first in the family to move to the U.S. where she married an American, allowing Rubio-Zepeda to come several years later with a visa. He arrived in February 1997, leaving his father, grandma and other close family behind. The six-year-old boy would call Ellsworth, Wisconsin — population 3,300, with two percent diversity — his home. At first he was bullied. Classmates teased him in Spanish saying “nada José” or “nothing José.” He had few words in return, at first knowing only “hi,” “bye” and “thank you.” In middle school and high school, he became involved in extracurricular activities and his grades improved. He was the first in his family to go to college. He chose UW-L where he continued to get involved. He joined the Eagle Mentoring Program and the McNair Scholars Program. He found connections through Multicultural Student Services and the fraternity, Sigma Tau Gamma. He advocated for social justice and diversity in Awareness through Performance. He participated in conferences, tours and research that made him more aware of the race and immigration issues he lived as a child. Along the way, he learned about possibilities for his future, explored his own identity and found a voice. “I’ve been diligent about finding spaces for me to feel comfortable and to explore those identities that were within me,” he says. Faculty, staff and administrators have pushed him to learn from his experience and the experience of others. [caption id="attachment_33936" align="alignright" width="555"] 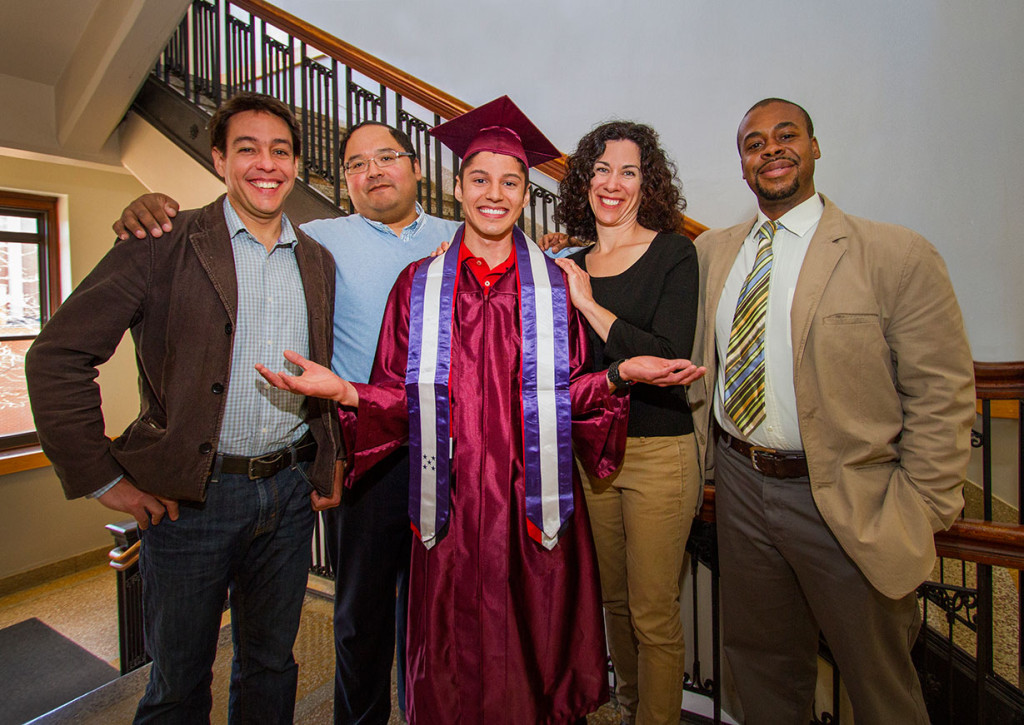 UW-L student José Rubio-Zepeda, pictured center, says he is grateful for the support of faculty and staff who have helped him along the way. Here he is pictured with faculty who have encouraged him to succeed. From the left are faculty members, Omar Granados, Victor M. Macías González, Christine Hippert and Ray Block.[/caption] “Dr. Víctor Macías González is probably the person who has pushed me the most in my life — probably more than my parents,” Rubio-Zepeda says. “He always wanted more and more from me. He knew I had that potential and helped me realize what I’m capable of.” On an educational tour to the San Diego-Tijuana border in May 2013, Rubio-Zepeda began to put the pieces of his past and future together. At the chain link fence to his left was a Mexican slum and to his right were university students listening to the border agent talk. He saw the cut in fence where people had illegally entered the country. Rubio-Zepeda didn’t specifically know what the Mexicans in that border town were going though, but, as immigrant, he understood the yearning to come into the country. “I was in two worlds,” he says. “It brought back memories from my childhood and being in Honduras, but also being in that moment in a different context — studying and learning about it.” He began to see himself as a change agent — someone who could make a difference for these populations, who would get his hands dirty as a community planner and organizer. The experience solidified his ideas to continue to earn a master’s in Latin American Studies. He envisions himself one day going back to Latin America as a professor leading a group of students. They could learn about the issues and help plan effective, sustainable development. He could work with community leaders, architects and engineers to address community needs. In his commencement speech, he hopes to inspire others to dream like this. He’ll share something his mother taught him when he was just six years old. It was to never forget about where one comes from and to never forget those who helped along the way. “The relationships that I have cultivated here at UW-L have allowed me to find my voice — to come into my own,” he says. The greatest impact of programs like the Eagle Mentoring Program and McNair Scholars Program typically happens after students graduate, says Macías González, director of the Eagle Mentoring Program. “Through their extended networks and connections, they become — unbeknownst to themselves — role models and examples for others that there is a better way, a way out, onward, and upwards, and that there is hope despite the impediments that exclude many from higher education and upward mobility.”

What: A total of 1,518 students, including 1,291 undergraduates and 227 graduate students will walk the stage at UW-L’s spring commencement Where: La Crosse Center, 300 Harborview Plaza, La Crosse When: Two ceremonies: 10 a.m. and 2 p.m., Sunday, May 11 Find out more on the commencement website.