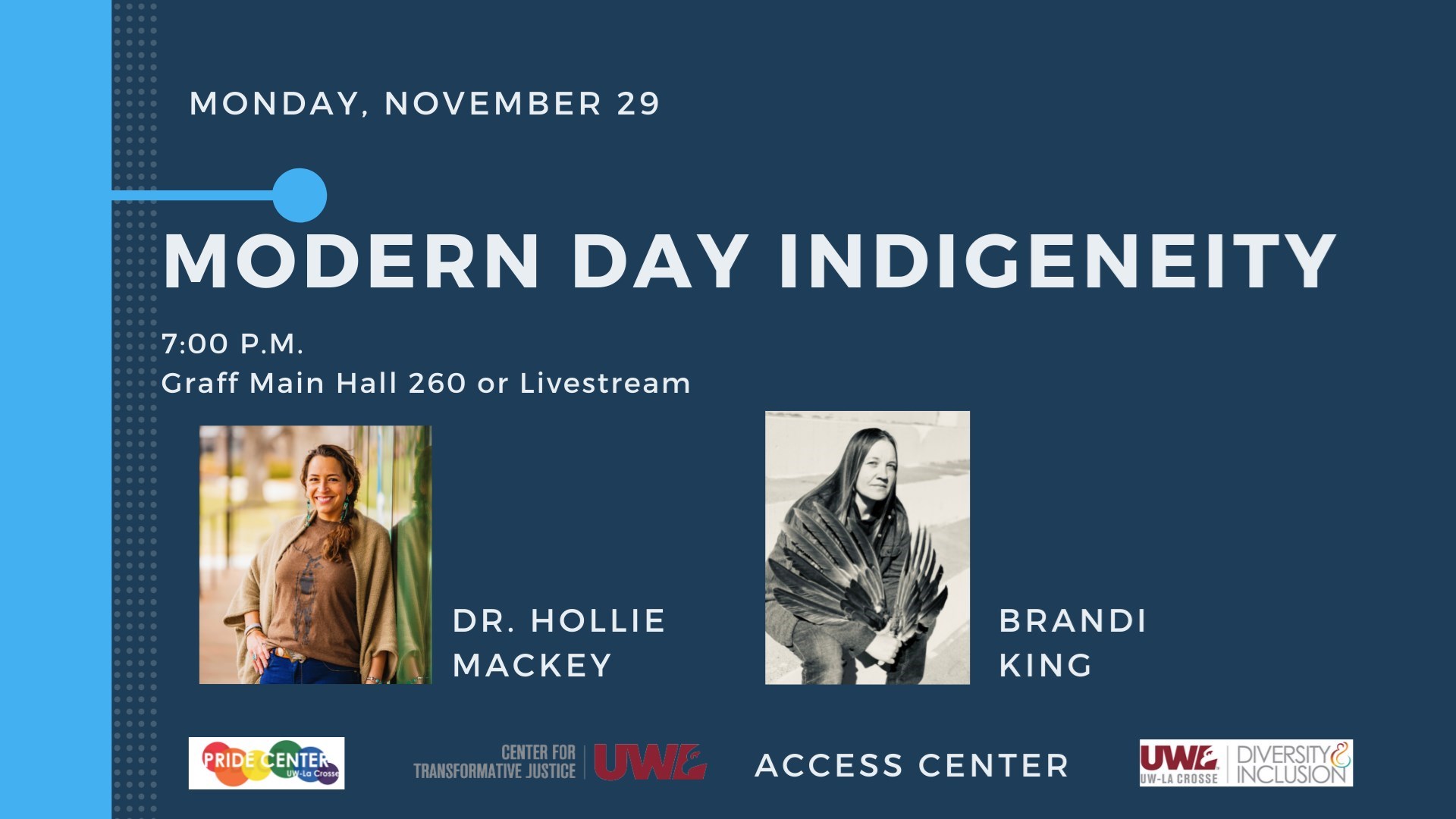 The Intersection of Identity and Social Justice

Event Description: Indigenous people are active members of our community and offer perspectives far beyond their cultural identity. Dr. Mackey and Ms. King will share their story on the intersection of LGBTQIA2S+, veteran status, and ableism as Indigenous women in 2021.

Hollie J. Mackey is and enrolled member of the Northern Cheyenne nation and Associate Professor at North Dakota State University. Her scholarship empirically examines structural inequity of Indigenous and other marginalized populations in educational leadership and public policy through multiple critical frameworks and methodologies. As an experienced policy consultant, public speaker, program evaluator, and community educator she seeks to bridge theory and practice as a means of addressing complex social issues from an interdisciplinary perspective. She is the recipient of the D. J. Willower Center for the Study of Leadership and Ethics Award for Excellence and the Jack A. Culbertson Award for outstanding accomplishments as a junior professor of educational leadership. She serves as the Director of the Consortium for the Study of Leadership and Ethics in Education and Associate Co-Director for the Barbara L. Jackson Scholars Network at the University Council for Educational Administration, and on the National Indian Education Study Technical Review Panel for the Office of Indian Education and Educational Testing Services.

Brandi King is an enrolled member of the Nakoda Nation from the Fort Belknap Indian Reservation in North Central Montana. King also belongs to the Amskapi Piikani, Oglala Lakota, and the Little Shell Nations. King served as an Army Engineer from 1999 until deciding she could no long serve in silence. SGT Brandi King was discharged under the Army’s DADT Policy in September 2006. King returned home to the reservation in Montana to heal the invisible wounds of War, only to be met with additional barriers within the VA as she sought help to address combat related PTSD. King now serves as an ardent advocate for improved services and support for Veterans facing the same issues she experiences.

For questions about this event or to request disability accommodations , contact Tara Nelson at 608.785.5093 or tnelson@uwlax.edu.