Students get an up-close look at Egypt and its revolution 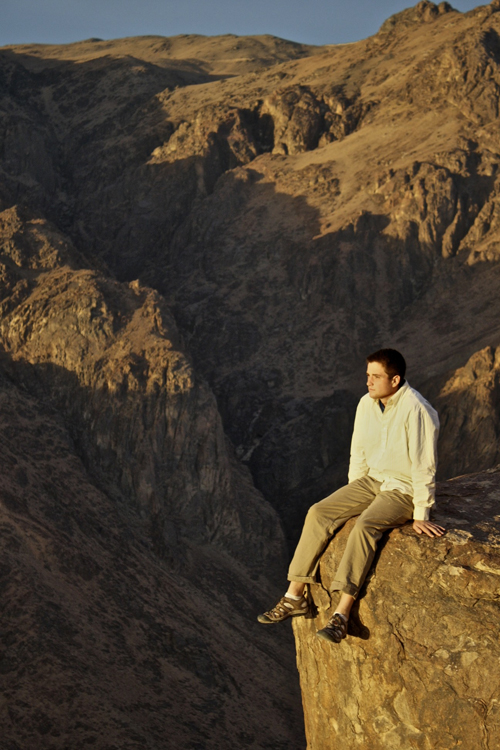 [/caption] Assistant Professor of History Heidi Morrison wants her students to understand Egypt beyond the stereotypical desert, camels and pyramids. “Egypt is a rich and vibrant country whose history does not stop with the Pharaonic period,” she says. So, this May she took a group of students to the country for three weeks to hear about its history firsthand. The 10 students conducted oral history interviews with people who lived through the revolution in February 2011, the capstone of the Arab spring. “We learned how the revolution was different for each individual who experienced it, and we learned that although a year has passed the revolution is not necessarily over,” says Logan Shea, who graduated in May. “The ousting of a dictator is over, but in Egypt there is a lot of work to be done. The goals of the revolution are not necessarily met.” Listening to the stories of the revolution was an unbelievable experience, he adds. These people, under decades of dictatorship, had been suppressed for so long and were now speaking up. “I wanted students to learn not only about Egypt, but also about the importance of oral history as a way of increasing our ability to listen to one another,” says Morrison. “Listening allows for understanding, which allows for a more peaceful co-existence.” Morrison, who teaches modern Middle East history at UW-L among other topics, collaborated with UW-L's Office of International Education to organize the Egypt trip. She incorporated a service-learning component in the project where students volunteered with the Egyptian Society for Mercy to Animals, a service organization that has seen an increase in challenges post revolution. They socialized with animals, washed them, cleaned kennels and food dishes, along with other tasks. One student even adopted a cat and brought it home, says Morrison. There are no government-run shelters in Egypt and so the care of unwanted or abused animals falls on the shoulders of Egyptians who dedicate themselves to this cause, says Morrison. All of the stray cats and dogs showed them one way dictatorship of 30 years affected society, says Shea. “There are many problems like this in Egypt," he says. "It will be interesting to watch how they change in the future when the next governmental structure is in place." While students noticed the issues, they were also in awe of Egypt’s beauty. Shea recalls The Nile, the cafes on every street corner and vendors serving fresh pita bread. He met “beautiful people” and saw Cairo “in constant buzz” as excitement, change and progress was underway. Shea says when he thinks about Cairo “All I can think of is how real of a city it is — how authentic it is of the human race,” he says. “It has problems. It can be dirty, but it has beauty. It has absolutely generous citizens.” [caption id="attachment_12814" align="aligncenter" width="754" caption="UW-L Assistant Professor Heidi Morrison, front, with students at the Giza pyramids in Egypt. Morrison spent three years living in Egypt and completed doctoral studies focusing on children in 20th century Egypt. While at UW-L she has earned multiple grants to return to the country for research. She says she felt it was time to give back and provide an opportunity for students to visit. Back row from right to left: Bret Campion, Atticus Jaramillo, Benjamin Ziegler, Logan Shea. Second row from right to left: Hannah Schmidl, Lindsey Rindo, Jessie Steinhauer, Hailey Tyznik, Alison Weiler, Amanda Drummond. Front row: Morrison."] 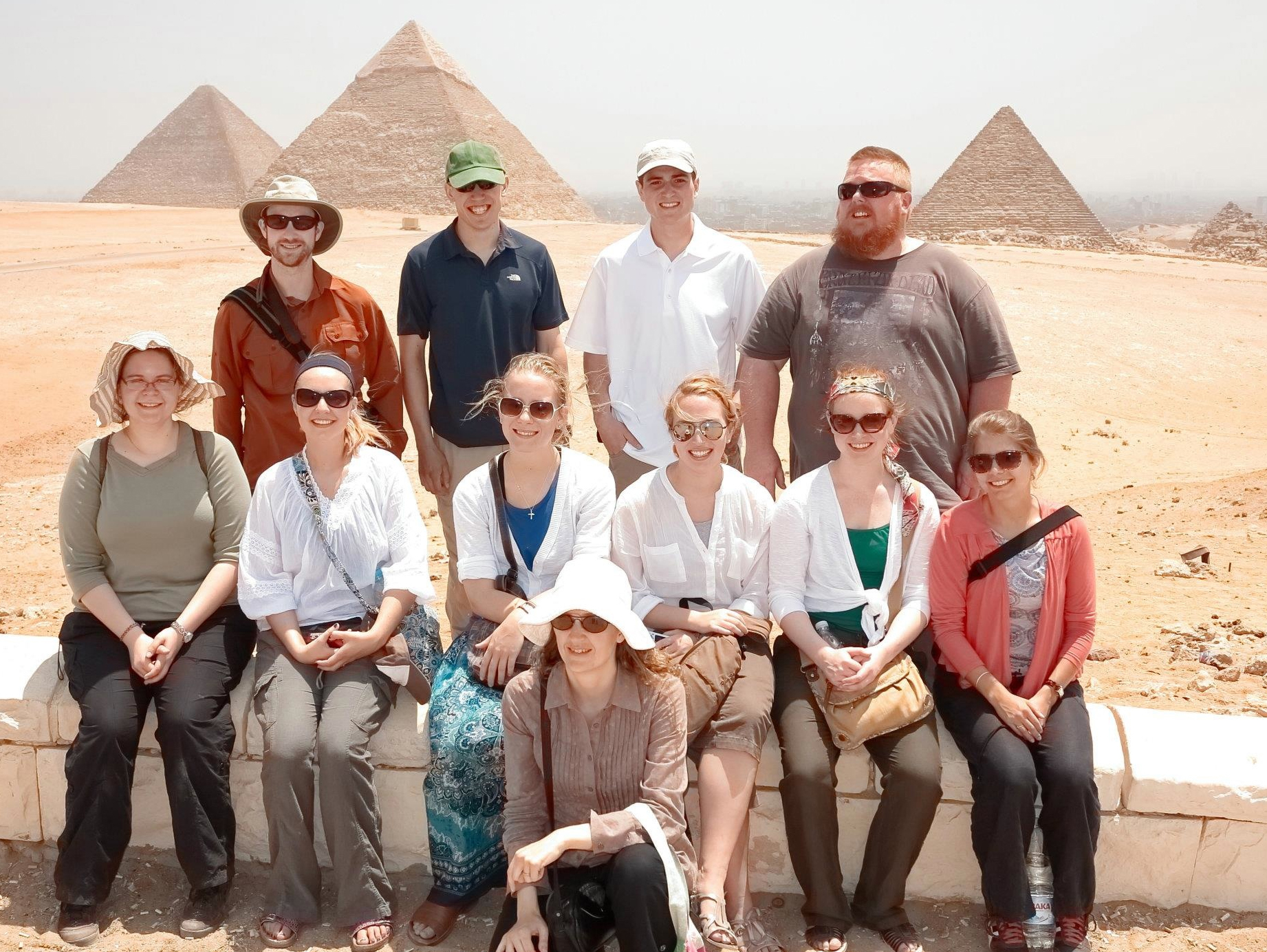